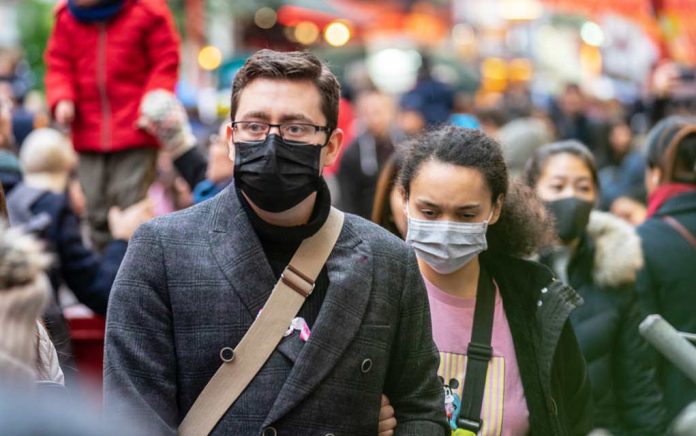 (TacticalNews.com) – When someone thinks of the color grey, they typically think neutral — between black and white. Being a grey man holds the same concept. The idea is to blend in with your surrounding environment, to not bring unwanted attention to yourself. Of course, since the coronavirus has basically taken over our lives, the grey man concept has changed.

Before the days when people were scared to leave their homes, wearing a mask in public was seen as suspicious. Now, everyone does it, and those who don’t sometimes get shamed. Not wearing a mask when in public draws unwanted attention to you, the exact opposite of how it used to be.

If you’re a prepper, you may also be armed. That’s an interesting situation today, since you generally aren’t allowed to carry a concealed weapon and wear a mask at the same time. Some states have made it clear you won’t be charged for it, unless you do something illegal. However, in today’s climate, what passes for “illegal” may depend on where you are and why you did it. At any rate, the idea of being a grey man is to blend in and without a mask, you may not. It’s a tough decision to make based on your health, location, and what you happen to be doing.

The good news is, social distancing means people aren’t supposed to get close enough to you to see your details. That also means it’s more difficult for them to assess whether you’re carrying or not.

The days before the coronavirus were simpler. You could easily get lost in a crowd of people. Wearing a mask meant you looked like a criminal, or were up to something. The idea of terrorists freely roaming the streets wasn’t even a thing, so not everyone was walking around with a video recording device of some sort. Being a grey man was at times, as simple as wearing muted clothing and minding your business. Now, if you aren’t participating in a riot or rally, you may be the one who stands out.

Being a grey man means blending into your environment. You need to be adaptable, and ready to change at any time. This is just a real-time hands-on example of that. You don’t want the attention drawn to you, so you conform to what everyone else is doing. You go with the flow, cause going against the current can get you in trouble. So the concept of being a grey man hasn’t changed, but the way you achieve it has.