(TacticalNews.com) – We’re moving into an age where everything is “smart.” However, this new label doesn’t mean anything other than “advanced,” and unfortunately, this smart gun has some not-so-advanced backdoors.

The smart gun’s idea was not to allow anyone but the firearm’s registered owner to fire the weapon. What’s supposed to be the safest gun to shoot and own was quickly dismissed by a hacker that goes by the pseudonym Plore.

Plore, as seen in the video above, discovered several workarounds allowing him to bypass the so-called safeguards built into an Armatix iP1 pistol. He also found a way to prevent the weapon’s owner from firing it — a serious problem should your life ever depend on its functionality.

As you can see, relying on smart technology is a terrible idea. History has shown that anything can be hacked; a gun is no different. Most people have a firearm to protect themselves that they trust, literally with their life, and this gun doesn’t deserve our trust.

Before you leave, check out this article about using the prone position when firing a weapon. 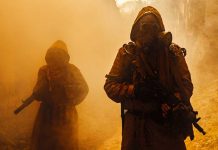 Post-Apocalyptic Defense: How Combat Will Change

Survive Using the Shirt Off Your Back

Caught in a Riot: How to Survive Civil Unrest

How to Find Property for Optimal Survivability

How to Talk to Friends and Family About Prepping

How to Handle Uninvited “Guests” During a Crisis