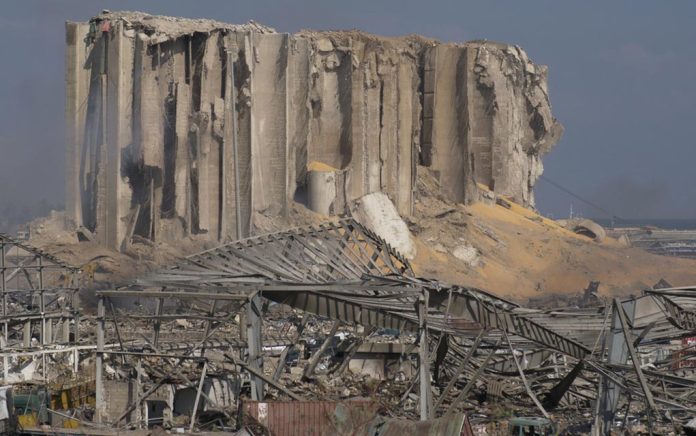 (TacticalNews.com) – Move over coronavirus, there’s a new sheriff in town, well at least for a few days. The year of 2020 has seen very similar headlines in news, COVID this, and COVID that. Now, and at least for a couple more days as investigations continue, there’s something that could quite literally blow you away.

These videos of the blast in Beirut are INSANE, and I was literally just reading about the 1917 explosion which obliterated Halifax. Lebanese officials are blaming a ship or warehouse full of fireworks. Must have been a lot to spark a shockwave like that. pic.twitter.com/xqmPzaDVAK

In the wake of a massive explosion in the Lebanese capital of Beirut’s port, authorities declared the city a disaster. With at least 135 people dead and 5,000 others injured, the description is accurate. Even now, days after the explosion, many people are still missing and an estimated 300,000 have been forced from their homes.

The warehouse that exploded housed 2,750 metric tons of ammonium nitrate, a volatile chemical compound commonly used in agricultural fertilizer. The blast decimated the surrounding area and the shockwave damaged buildings up to 6 miles (10 km) away.

Unfortunately, that’s not the only country that suffered a large blast this past week…

North Korea suffered from an explosion at a residence in Tapsong District in Hyesan, in the province of Yanggang. The explosion destroyed a row of houses. The government says it will not offer compensation, stating it was carelessness that caused the fire.

The home where the blast originated from, had gasoline stored inside, which was ignited somehow. Though the gasoline only caused a fire, which then caused a liquid petroleum (LP) gas cylinder to explode. A chain reaction then occurred with LP gas cylinders attached to the other houses; there were approximately 10 separate explosions, leaving six dead and 30 more injured.

China also had a blast, as a city near Wuhan had an explosion at a chemical plant. The blast killed six people and left four injured, three of which are still in the hospital. Industrial accidents are common in China due to a lack of safety regulation enforcement. The cause of the blast is currently under investigation.

2020 has been a rough year for everyone so far, but three explosions in one day seem to be a bit much. At this rate, is it even safe to ask what’s next?