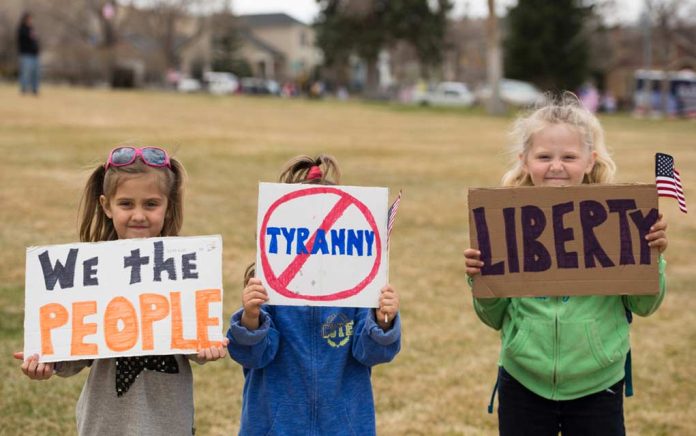 (TacticalNews.com) – The lockdowns that were initiated due to the coronavirus pandemic, have caused some people to lose their minds, and not just your typical everyday Joe. Local governments are overstepping their boundaries and potentially violating the rights of those they’ve sworn to serve. Some of our elected officials are acting more like dictators.

LA is perhaps the craziest of the bunch, with Mayor Eric Garcetti announcing that residents hosting large parties may be subjected to having their water and power turned off. This is not only a violation of the rights of the American people, but a violation of human rights as a whole. He clarified that as he hopes citizens will avoid gatherings of any kind, the enforcement of this policy isn’t aimed at small gatherings, rather those who are “determined to break the rules.” Los Angeles County has more COVID-19 cases than any other county in the country.

While LA hasn’t set fines for masks not being used, despite the work of a single politician, many other areas in California have. Costa Mesa, Manhattan Beach, and Santa Monica all have a fine system in place. The first offense will have you pay $100, the lower end of the spectrum compared to Glendale’s $400 for a first offense, $1,000 for a second, and $2,000 for a third.

The system has increased in popularity outside of California as well, spreading to Houston where a $250 fine is in place, and New Mexico where the entire state is subjected to pay $100 for not wearing a mask. Washington DC is also handing out fines of up to $1,000.

New York is trailblazing its own path, setting up checkpoints at the city’s many entrance points. If you’re coming from New York’s mandatory quarantine list containing 35 jurisdictions, you’ll have to fill out a “traveler form.” The mayor of NYC Bill de Blasio hopes the checkpoints will send a strong message that this is serious and important that people follow the quarantine guidelines.

This doesn’t sound like the United States of America, it sounds more like Cuba. People are not allowed to freely travel, and in places like New York, they have to fill out paperwork if they want to enter NYC. Do you know who requires papers? Police states, where you do what you’re told or face the consequences… even if you’re not breaking the law. It started with keeping us in our houses, we obeyed for the most part, but now they’re slowly chipping away at the rights granted by the US Constitution to American citizens. They need to remember they serve us, the people, not the other way around.