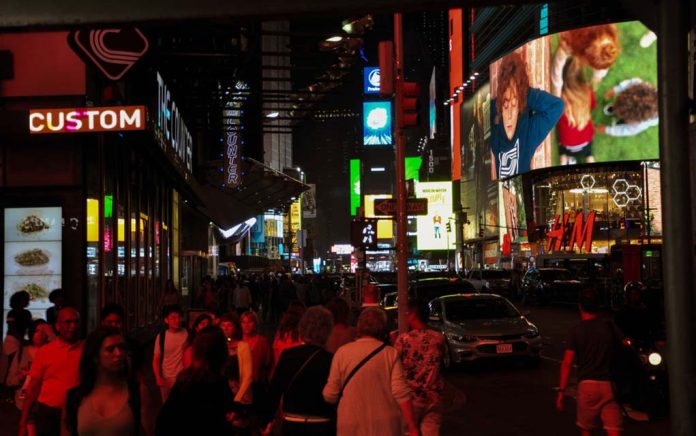 (TacticalNews.com) – The Big Apple is known for its luxury lifestyle, and never sleeping streets… but is this an accurate image of current-day New York? The answer is no, no it’s not. Crime is on the rise, and people are fed up with the way the city is being run by officials.

A rush that New York isn’t familiar with, the state is bleeding citizens, and it only has itself to blame. Well, the ones that run it are the ones to blame anyway. Moving companies have reported being at their busiest this year, more than any other year since they started.

COVID was the original culprit, but New Yorkers are fed up with the way things are run. The shootings, lootings, homelessness, sky-high taxes, and less-than-average online schooling all play a part in the people wanting to leave; not to mention the lack of leadership from Mayor Bill de Blasio and Governor Andrew Cuomo.

Families have given up on the Upper West Side, which is now full of junkies, homeless, and convicts. Those families are searching for a better life elsewhere. The surge in people moving came as the coronavirus began to grip the city, but Fox Business reports that moving companies are still seeing a surge in business, despite COVID coming under control. This suggests that there is another source feeding the want and need to move. Like the sudden crime wave, shootings are up 200% percent from last year, other crimes are higher as well.

Officials both form the city and state have let criminals walk, fueling crime. Just last month, Bronx Criminal Court Judge Jeanine Johnson released someone who was not only here in the US illegally, but was also a rape suspect. He was released with no bail.

The “great escape” from New York actually began before COVID-19 struck. The 2018 Census shows that the city was at the top of the list for net population decline, losing 277 people per day, twice what it was in 2017.