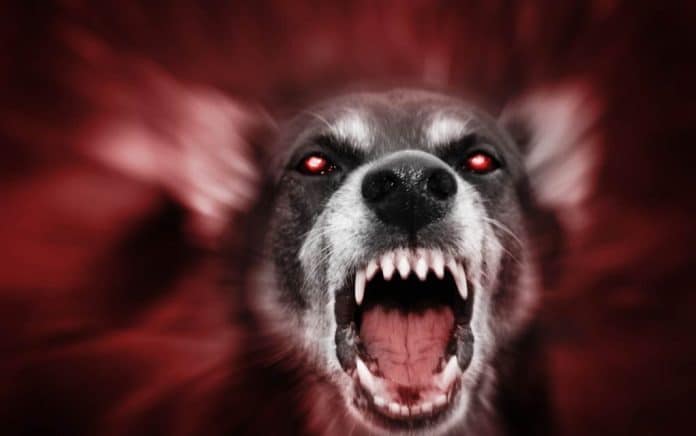 (TacticalNews.com) – Humans often forget that we don’t stand a chance against most animals should they decide to attack. Fortunately, science has provided us with ways to defend against beasts, both wild and domesticated. But what is the legality of harming or killing an animal in self-defense?

*Note: This is not legal advice, you should always check the laws in your area*

Injuring or killing an animal isn’t much different than instances involving other humans. You will need to be able to justify your actions. Acceptable reasons can vary depending on where you live. But generally speaking, protecting yourself or a family member from an animal attack is permissible, particularly when death or grievous injury could occur.

There are other situations that don’t involve serious injury where the use of force could be justified. However, you can’t shoot someone’s dog for running towards your child. In that instance, you could end up in legal trouble if you can’t convince authorities you had reasonable concern for life or limb. Even aggressive behavior isn’t always enough to justify killing an animal.

Is it Legal to Protect Yourself From Animals?

Again, if you or someone else is in danger of being killed or suffering a grave injury, you are probably covered legally. Additionally, if you kill a protected animal, like a grizzly bear, you may have to meet a higher burden of proof to justify your actions. Whatever the animal, it’s only legal to kill or injure one in self-defense.

One sure way to avoid legal trouble is abiding by one simple principle. Only use the force necessary to stop an attack. It’s the best way to avoid fines and other penalties, including criminal charges. Additionally, it’s essential to learn the local laws governing the use of force against animals as they can vary from place to place.

The decision to use force against an animal is yours and yours alone. Just remember that you will have to live with the consequences of your actions, including possible fines or worse. It could also lead to friction between yourself and a neighbor or friend if it’s their animal you had to injure or kill.

Have you ever been attacked by an animal? Do you know someone who has? Reply to your email and tell your story, we would love to hear from you!