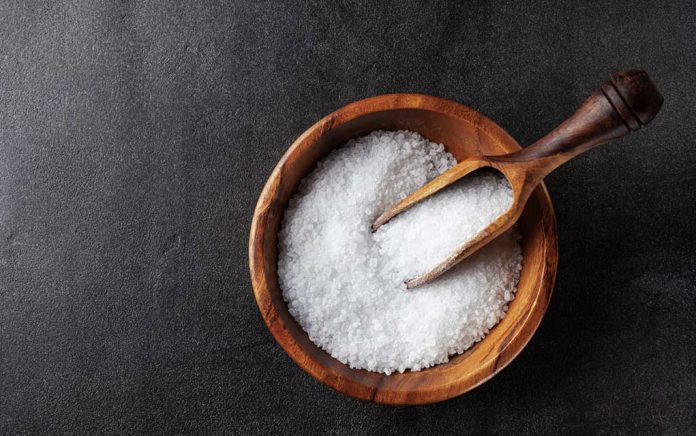 (TacticalNews.com) – Meat preservation has been important to mankind for a very long time. Technology has drastically changed the way we preserve meat or any food for that matter. Of course, as with anything, some methods work better than others.

There are a couple of different ways to preserve meat with salt, specifically brining and dry rubbing. Using salt to preserve meat has been in our history for centuries if not millennia. It was once used to preserve corpses, what we know as mummies today. Moisture is drawn out of the cells by the salt so that bacteria can no longer thrive. When done correctly this dried meat can last up to six months without refrigeration.

Sometimes, however, salt alone won’t do the trick. This is where nitrate comes into play. Be warned though, high nitrate levels can be toxic to humans. It’s best for you to get your salt from a butcher or another source that has salt prepared specifically for preservation. But note that there are different ratios of salt between brining and dry rubbing.

Start by cutting the meat into strips, about two inches thick and two inches wide. The thicker the meat is, the longer it will take to be fully preserved. This means it will need to sit in the salt longer, which will make getting rid of the salt-taste when cooking harder.

With a towel, be sure to dry the meat completely. Once dried, cover the meat in the salt mixture. Be sure all exposed areas are covered.

You need fine salt in order to successfully preserve meat. Even table salt is too coarse to use for preservation. After you’ve covered the meat place it in a container or bin, layering the meat as it’s salted. It needs to remain in the mixture for at least a month.

You need to check the meat regularly. If the salt has a damp feel to it, you simply need to redo the process. There is nothing wrong with the salt or the meat, the salt simply has pulled all the moisture out that it can.

The meat is going to have a salty taste to it for obvious reasons; after all, it has been in salt for an extended period of time. The lack of moisture will also make the meat lose its pliability, making it feel hardened.

In a process that you’ll need to repeat several times, you need to soak the meat and rinse off the salt. After you’ve soaked and rinsed the meat thoroughly you can marinate the meat (it’s best to allow the meat to soak in it as well). This will help rehydrate the meat before you cook it. There are other ways to reduce that salty taste; you can add sugar, spices, or both to your salt mixture before preserving the meat.

The environment plays a large role when salting the meat, temperature mainly. This is because you want to get the moisture out of the meat, not change its state. Frozen water isn’t going to come out of the meat. On the other hand, you don’t want the meat to cook. This makes underground areas such as basements and cellars ideal places to salt and preserve your meat.

Temperatures need to be below the frost line, which can range from 45-50 degrees Fahrenheit in the Northern Hemisphere and 50-70ºF in the Southern Hemisphere.

Using salt is a simple and effective way to preserve meat. People have been doing it basically forever. Whether it’s fish, beef, or pork, salt can be used to make it last much longer. All you really need is a clean area, a tub or bin to store the meat in, a clean towel, a sharp knife, and the salt needed to preserve the meat.

Refrigeration hasn’t been around since the dawn of time, and it may not be around forever. Learning other ways to preserve meat other than simply freezing it may just save your life someday.