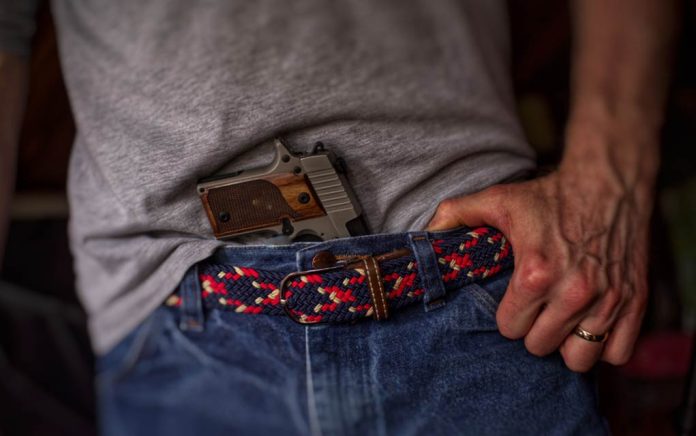 (TacticalNews.com) – When transporting a firearm, you have several options on how you can carry it, regardless of whether you want to conceal carry or not. One of those methods is the appendix carry, also known as “front of the hips” carry. Here are some advantages of the appendix carry.

Appendix carry has exploded in popularity in the past decade, but carrying defensive tools in front of the hips offers advantages beyond just the firearm. https://t.co/G5wBbkr4Eq

You can easily access a handgun carried in the appendix position or front of the hips with both of your hands. Not only is the weapon more comfortable to draw with either hand, but it’s also easier to do so from this position compared to hip or back carry. Additionally, Appendix carry drawing is faster than other methods of pulling a handgun. It may not be much but faster, but it is quicker.

A firearm in front of the hips is easier to conceal thanks to the human body’s natural forward lean. That means you’ll be less likely to print when bending or twisting. Appendix carry also allows you to draw your firearm without much movement. Hip and back carry drawing involve a lot of shoulder and elbow movement.

It’s not uncommon for you to fall or be knocked to the ground in a hand-to-hand fight. In the event you fall, whether you’re fighting or not, carrying in front of the hips has a much lower chance of causing injury than hip or back carry.

Appendix carry isn’t only for guns. You can also use it for several other items like knives, a tourniquet, and extra magazines. All of them receive the same benefits from appendix carry as a handgun.

Before holsters and sheaths, people carried their firearm or another weapon in front of their hips due to this carry method’s numerous benefits. Handguns are more effective than people may think, see for yourself here. A gun’s effectiveness is not how easily it can cause death but how it can incapacitate someone.