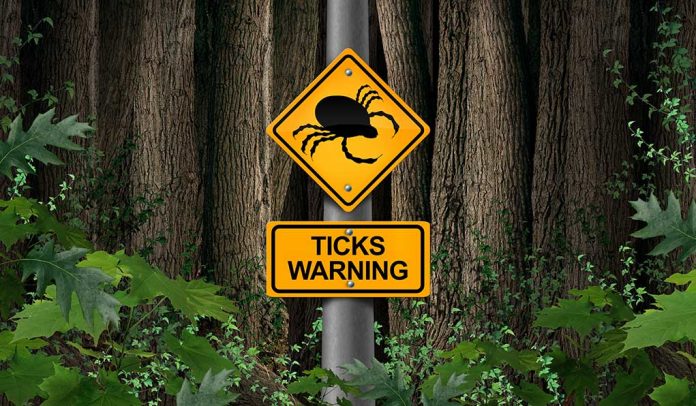 (TacticalNews.com) – Being scared of spiders is understandable. After all, they can be quite creepy — but there are arachnids to be much more concerned with. Ticks can cause a number of different illnesses, such as the infamous Lyme disease. Consider the following 10 types of ticks and what you need to know about them.

This tick lives along the western seaboard of the US, though they have also been found in Mexico. These ticks are active year-round, with adults most active during April and May. Larvae are active from summer through the winter while nymphs, basically teenaged ticks, are from late winter to the early spring.

Adult females are brown with slightly lighter brown legs, and the males are often a grayer color featuring tiny, dark speckles. They have the potential to transmit:

Found along the West Coast, these ticks may also live in Utah, Nevada and Arizona. Activity for larvae and nymph stages run from spring to summer, while adult ticks like the warmer days beginning in October and ending in May.

Females are brown, both in the body and legs, with a darker brown head. The males have brown legs, and the colors on their body vary between dark brown, light brown and a reddish brown. Pathogens spread by these ticks include:

They have also been known to carry Borrelia miyamotoi, a bacterium closely related to that of which causes tick-related relapsing fever.

Primarily along the US Gulf Coast and throughout Central America, these ticks live along the eastern seaboard as far up as Maryland. Male adult ticks have brown and tan spotted bodies paired with caramel-colored legs. Females have brown bodies with tan coloration present on the head.

Adults are always active, while larvae and nymphs are more active in the winter and during the summer in cooler areas. The Gulf Coast tick can be responsible for transmitting Hepatozoon americanum and Rickettsia parkeri to humans.

Located in the central area of the southern US, these ticks can occur as far as South America. Thanks to the warm climate, they’re active year-round. Males are tan and mottled with brown across the body, while females are brown with tan mottled only on the head. All adults have toffee-colored legs. These ticks are known to carry RMSF as well as the equine piroplasmosis, Theileria equi. The saliva of the Cayenne Tick is being researched as a possible treatment for blood clots and cancer.

These ticks are typically found between the elevations of 4,000 to 10,500 feet throughout the Rocky Mountains and connected states around them. Females have a tan horseshoe shape on the head. These ticks are tough, living in harsh mountain weather and surviving up to two years without feeding on blood. From March to October, larvae and nymphs are most active, while adult activity lasts from early January to late November.

These ticks can transmit RMSF as well as tularemia and Colorado tick fever. While a rare occurrence, temporary paralysis from bites can occur in both humans and pets. Conditions improve 24-72 hours after the tick has been removed.

These active-year-round ticks are found throughout the US and all over the world. Adult males are brown bodied with brown legs, and females may have a slight hint of yellow with mottling across the body.

Dogs can become infected with canine babesiosis and canine ehrlichiosis from nymphs and larvae. Both humans and dogs can come down with RSMF as a result of a bite from any life stage of the brown dog tick.

Despite its name, these ticks are not only found in Texas, reaching as far as Nebraska and out to the eastern seaboard. The name is likely a result of the very noticeable white spot found on the backs of adult females; males sometimes have whitish spots along the edge of the body.

Adults are typically active from April to August, while the larvae are most active in the months of July, August and September; nymphs are most commonly active between May and August. Humans, when bitten, may suffer from RSMF, ehrlichiosis, as well as southern tick-associated illness (STARI). These feed on humans throughout all stages of their lives.

The name comes from the coloring of the tick’s legs, which is a dark color. Adult females have a reddish-brown mix on the lower half of the back. Nymph and larval activity runs from late spring to summer, while adults are during the day from October to May, when temperatures are above freezing. Deer ticks are the main cause of Lyme disease, but these parasites can also cause anaplasmosis, babesiosis and Powassan disease. Blacklegged Ticks live most commonly in the Eastern half of the US.

Tick bites can be common, depending on the region, and it’s important to know how to properly remove one. If you’ve been bitten by a tick, you need to remove it right away. Using tweezers, a removal tool or your fingers, get as low on the tick as you can (closest to your skin as possible). With steady pressure, pull straight up on the tick until it’s out. Some people recommend twisting the tick, but this can lead to the head or other parts of the tick breaking off.

Never squeeze the abdomen of the tick, as you risk pushing infected blood back into your body, and we don’t need to explain why that’s a bad thing. If the tick does break apart, you can attempt to dig the rest out, or clean the area with soapy water, alcohol or iodine and continue to do so until the pieces fester out.

Roughly 80 different types of ticks reside in the United States alone, with more than 800 species worldwide. Tick bites happen, and having the knowledge to properly remove one that’s embedded, means you’re likely going to be fine. When concerned with the type of tick that bit you, for example, a deer tick, seek the help of a medical professional to ensure you’re not infected with any diseases. To help restrict tick bites, be sure to check out these tips. Ticks are common, so preventing bites is the best way to avoid getting sick.

Did you find this article interesting and informative? Reply to your email and share your thoughts, we would love to hear from you!