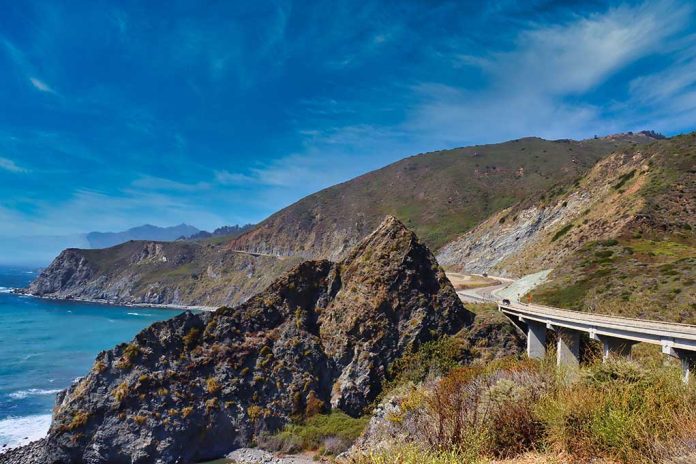 (TacticalNews.com) – California is undoubtedly a beautiful destination complete with mountains, gorgeous beaches and even peaceful deserts. Of course, these terrains all have their perks and disadvantages, making them unique yet dangerous, especially for travelers who aren’t prepared.

In 2018, a young woman from Oregon went to see her family in California when a small animal attempted to cross the road. What happens next is shocking yet inspiring. Angela Hernandez swerved to miss the critter. In doing so, she lost control of her vehicle and took a reported 250-foot plunge over a cliffside.

Many people would assume she died, but that wouldn’t be very inspiring. No, instead the young woman, with several broken ribs, ruptured blood vessels in both eyes, two broken collarbones, a collapsed lung and a brain hemorrhage, managed to survive in Big Sur for seven days.

Hernandez escaped her 2011 Jeep Patriot, which was completely destroyed, and found a 10-inch hose, which she used to collect water. A couple exploring the area eventually discovered her, and medics airlifted her to the hospital. With the injuries Hernandez sustained and the amount of time she spent down the cliff, it’s a miracle she survived. However, Hernandez isn’t dwelling on the incident and instead thinks of it in a positive way, citing she “can’t imagine that there isn’t a bigger purpose for me in this life.”

Angela Hernandez isn’t the only one to turn a nightmare scenario, where most would have perished, into a story of inspiration. Film director Danny Boyle depicted one such story in his film “127 Hours”; you can check out the story for yourself. It’s a true story of will, courage and survival, much like Angela’s incredible account.