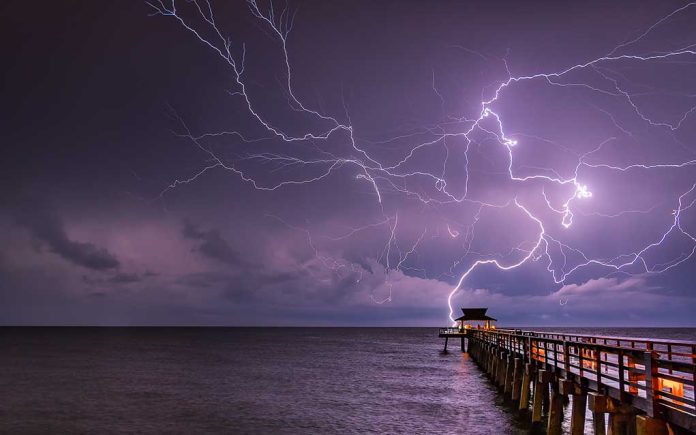 (TacticalNews.com) – Some people may have fun betting and gambling on occasion, but the odds are almost never in their favor. Well, there is at least one man who would disagree and say the odds are most certainly on his side. He’s very lucky — and also among the unluckiest people ever.

Roy Sullivan, a devoted park ranger, was born in 1912 in Greene County, Virginia. While Roy never graduated from high school, his knowledge of the outdoors helped him succeed in life as a park ranger. His career choice still put him at risk, one most people wouldn’t consider.

The man who was struck by lightning seven times: https://t.co/5v9UGOAW4g

Between 1942 and 1977, Sullivan fell victim to lightning strikes a shocking (pun fully intended) seven times. He recalls the first incident, in 1942, to be the worst he experienced.

Roy was on a fire tower in Millers Head when lightning struck the structure several times, catching it on fire. Sullivan attempted to flee and was only a few feet from the tower when the lightning then struck him. It caused a half-inch-wide burn down his right leg that extended to his big toe, where the bolt exploded into the ground through his shoe.

Nature is a force to be reckoned with, having greater power than nearly anything man can make. We’re no match for the sheer force of some volcanoes, for example, such as the one in Yellowstone National Park. Be sure to check out how you can survive when nature is ready to burst.

Do you know of anyone who has survived bizarre circumstances as Roy Sullivan did? Reply to your email and share your thoughts, we would love to hear from you!