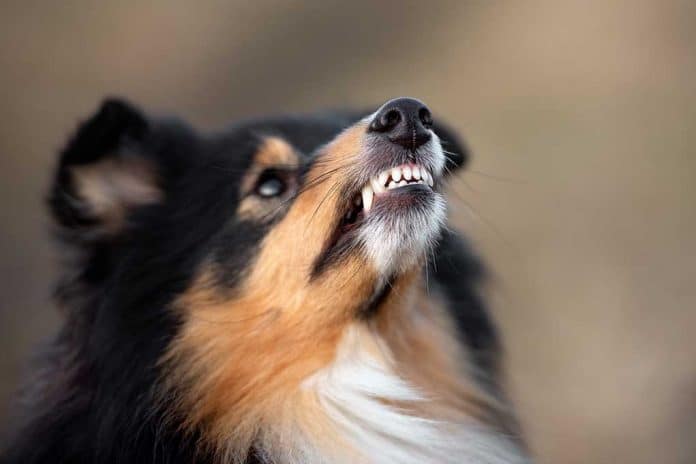 (TacticalNews.com) – There’s no shortage of dog attacks in the United States each year, but you can avoid these situations with proper training and recognition. Aggressive behavior is more common in certain breeds. However, the breed doesn’t mean a canine will be hostile, and it’s up to us to recognize and react to any red flags.

Aggressive dogs often have tell-tale signs that they’re combative and, more often than not, approach their “targets” in a confrontational manner. In the act of planning to strike, dogs usually bare teeth and posture to get the best angle of attack. When you encounter an aggressive canine, be sure to not turn your back to the animal and never run; you’ll only activate its instinct to chase.

By yelling and standing your ground, you can actually dishearten some aggressors, but don’t expect it to work every time.

Many thousands of Americans get attacked by aggressive dogs each year. How much of a threat is it, and how can you deal with it?

Read this article: Aggressive Dogs: Understanding and Dealing With This Threat 👉🏼 https://t.co/sSAxXGYmwv

If a pooch persists to close in on you, there are no legal obligations requiring you to suffer a bite before you can act accordingly. Keep in mind that lethal force is necessary under certain circumstances.

Canine assaults are harder to defend against than you might think. Not only is Fido fast and agile, but he’s equipped to fight — unlike humans, who tend to rely on tools when defending themselves.

Many animals have thick skulls, and dogs are no exception, which means you can’t simply pound on its head until it lets go. Instead, you should go for the eyes; gouge them if you have no tools available. If you’re carrying a knife, use it. If you carry a firearm and believe you need to use it against the animal, be sure you understand your risks:

While you’re free to defend yourself if you need to, it’s still important to know your rights and responsibilities. Much like with humans, the threat level determines whether or not a certain amount of force is necessary. For more information, check out the legality of defending yourself from animal attacks.

Have you ever faced an aggressive dog? If so, what happened? Reply to your email and share your story, we would love to hear from you!