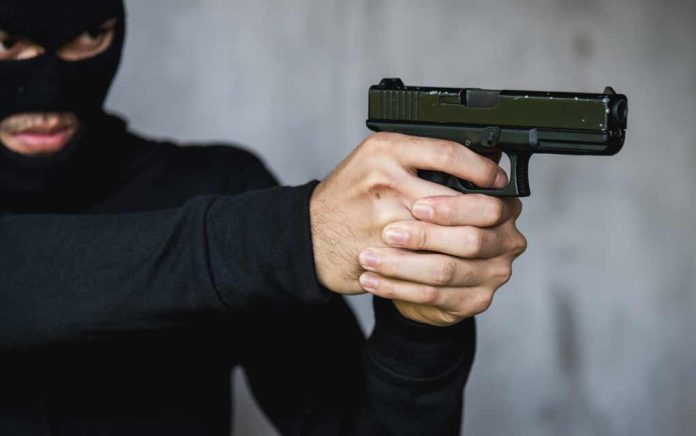 (TacticalNews.com) – Active shooter events have become all too common in many parts of the world. With the call to defund the police gaining traction in many areas of the United States, their numbers could increase. If you found yourself facing an armed assailant, would you know what to do?

In the following video, former Navy SEAL Clint Emerson explains what it takes to survive an active shooter event:

According to Clint, you have three options when facing an active shooter (in no particular order): run, hide or fight.

This doesn’t mean to run blindly as soon as the first shot’s fired. You first need to establish which direction the shooter is coming from. Just because a mob of people is running by doesn’t mean they’re running in the right direction. Also, mobs are much easier targets to hit, and likely where the attacker(s) is going to aim. You don’t want to be there when they do.

Depending on your location, the sound of gunfire could be misleading. Soundwaves can do deceiving things when traveling through stairwells, hallways, and small areas. As Clint says, trust your eyes, not your ears here.

Another aspect of running is knowing where you’re going. If you take off without thinking it through, you may find your panicked mind leads you to a dead end. Not where you want to be in this scenario.

Once a route has been determined, run in a zig-zag pattern. Moving targets are harder to hit when the aggressor has to constantly adjust their aim.

Treat the run as a sprint. Move rapidly from one area of concealment or cover to another. Concealment will get you out of sight, but cover will both do that and potentially stop bullets. If you have an option, go for cover such as behind the engine end of a vehicle, or behind cement walls.

If running isn’t an option, hiding can be a good alternative. It’s best to have an idea of where to hide long before it becomes necessary. Establish areas where hiding would be possible in locations you frequently go, such as work, the gym, or even at home.

As with the running option, avoid a dead-end location when hiding. Dead ends include areas like bathrooms or closets, where barricading the door may be difficult or downright impossible. The best hiding places are where you can both barricade a door and escape if necessary.

To barricade the door, stack furniture in front of it until you reach the opposite wall. This makes that wall the doorstop, not just the weight of the furniture. Be careful not to stand in front of the door while doing this, as the door will not stop bullets.

Once the door is barricaded, lock any other doors, shut off the lights and put your phone on silent. Stay as quiet as possible. Don’t give the shooter any reason to investigate the area.

At this point, get as low to the floor or as high up as possible. The gunman could shoot through the walls, so stay out of the area where bullets are most likely to travel.

If you can’t run, and you can’t hide, fight like your life depends on it, because it does. If you happen to have someone else with you, make a plan of attack. Someone shoots for the legs, while someone else goes for the gun.

Get the gun away from the attacker, and then either use it against them or attack them with whatever other weapons you have at your disposal. This is a life-or-death situation, and you want to be the one breathing at the end of it. Out-violence your opponent by any means necessary. Anything goes at this point.

Before moving on to help victims — or treating your own wounds, for that matter — make sure the gunman is neutralized. If you’ve ever watched a horror movie, you know why. Don’t turn your back on them until they’re out of the fight completely — either unconscious and restrained, or otherwise incapacitated.

Facing an active shooter is a life-or-death situation. Knowing the layout of your surroundings at all times can help you get to safety and keep you alive.

For information on how to develop situational awareness for situations like this, check out our article here.