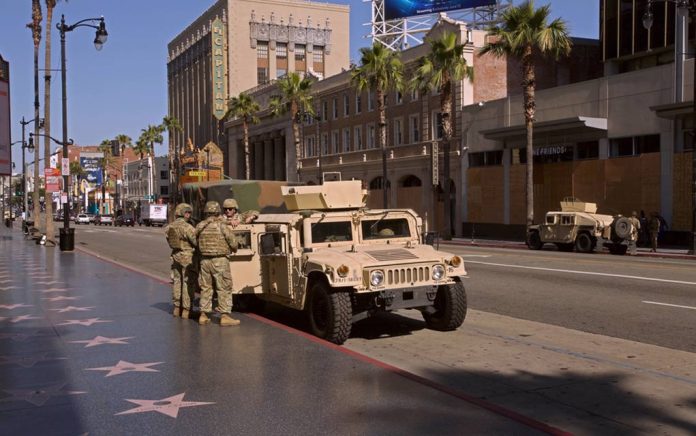 (TacticalNews.com) – Martial Law is something that, realistically, can happen, especially in these chaotic times. Political strife is creating a massive rift in society, which has led to widespread civil unrest on more than a few occasions. One of the tools the government has in its arsenal to deal with such unrest is declaring martial law.

But what exactly is Martial Law? How does it affect you? What can the government really do?

What Is Martial Law

Martial Law is when the military is used to replace local authorities such as law enforcement. It can be used by a government to control and enforce its rule over the public. This can happen when civil forces become overwhelmed, especially after a natural disaster. During Marital Law, many constitutional rights may be suspended for the sake of keeping order.

Imposing a curfew restricts residents from being outside of their homes during certain periods of time. As many people have seen during the protests and riots, curfews were put in place to enact control over the situation. Sometimes, this can be the first sign that Martial Law is coming.

Under Martial Law, you will still have a trial if you’re arrested for a crime. But, be warned that something you may not think is a crime under normal circumstances is under Martial law. Something as simple as defying the curfew could get you arrested.

Your trial won’t be a conventional one, either, as there is no jury. Instead, the military will act as your juror, judge, and jailor. So, in many cases, you’re likely not going to see a fair trial, but there’s still a slight chance of it going in your favor.

Unfortunately, under Martial Law, not even the Second Amendment is protected. Authorities may confiscate your firearms, especially during a time of civil unrest. This may seem like a walk on thin ice, but if the military brings in a powerful force, most citizens will surrender their weapons.

Fighting back would only spell disaster for you and cause harsher restrictions to be imposed on your community. Even today, we see mayors all over the country use this “emergency” legislation to limit 2A rights.

Under Martial Law, it is possible for your possessions to be taken from you, including your firearms. It is even possible for you to be removed from your property. In this kind of a situation, almost any rule is fair game if it can be, even loosely, justified as keeping the peace and restoring order.

Under Martial Law, your ability to go where you want and when you want could be restricted. Exercising your First Amendment right and speaking against the authorities could land you a court-martial. Martial Law can also easily take away our ability to communicate via the internet, or even our phones. Maybe the authorities will even confiscate your phone, tablet, or computer to stop you from communicating.

In most cases, Martial Law is used to take control of contested areas. Natural disasters or pandemics, where the local government and authorities simply become overwhelmed, are typical prompts to enact Martial Law. Civil unrest may bring about Martial Law as well, but only in the areas where there is enough unrest and local authorities have lost control.

Martial Law is a serious concern among many Americans, especially preppers. There is good news, though — the US doesn’t have the resources to execute Martial Law on a nationwide scale.

Do you think martial law will ever be declared in the United States? Why or why not? Reply to your email and share your thoughts, we would love to hear from you!