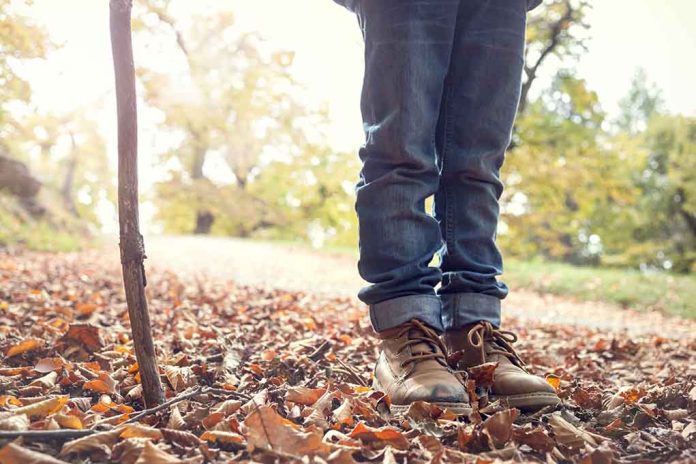 (TacticalNews.com) – Snakes are native to North America and just about all other parts of the world. Not all snakes are venomous, however, and the dangerous ones are far less common than most people think. Bumping into a snake isn’t a rare occurrence, but it can be a deadly one if you’re not careful. Can you tell the difference between a nonvenomous snake and a venomous one?

The snakes depicted in the video are common in the state of Georgia and may not be found in other areas of the country or world; that doesn’t mean you can’t learn a valuable lesson from them. There are various ways to determine whether a snake is venomous.

If you hear rattling, chances are you’ve stumbled into an area near a rattlesnake, which means get away ASAP. It’s important to note that even a nonvenomous snake will rattle leaves with its tail. Of course, it’s best to not investigate the source of a rattle. The best course of action when coming across a snake is to avoid it whether it’s venomous or not.

Some snakes blend into their environment with natural camouflage, making them incredibly difficult to spot which is why it’s a good idea to know out the do’s and don’ts of treating snake bites. Even a non-venomous bite can be dangerous if handled improperly.

Did you know these ways to identify a venomous snake? Have you ever encountered a venomous snake in the wild? Reply to your email and let us know! We would love to hear from you!