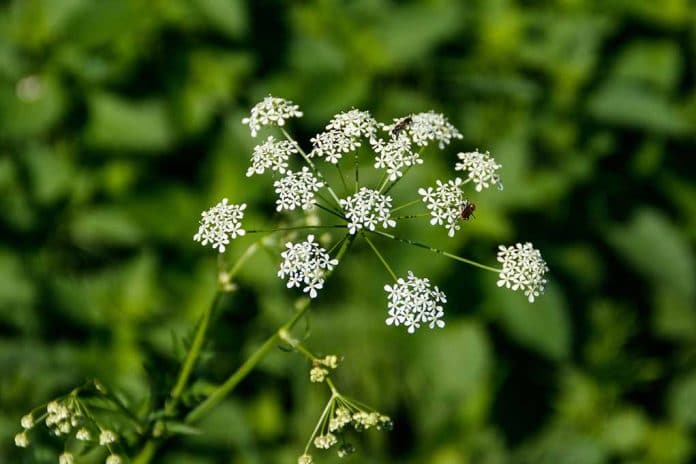 (TacticalNews.com) – There are plenty of deadly plants in the world. While North America is pretty mild in the sense of things that might kill you, it still has some serious dangers. See the video below to identify the most dangerous plant you can find in North America, although you probably want to leave it alone.

Only a small amount of the toxic substance (cicutoxin) found in water hemlock is needed to kill humans or animals. In addition, the cicutoxin acts quickly, making it almost impossible to save the affected organism (water hemlock can cause death in as little as 15 minutes). Livestock is often the most impacted as they graze upon the plants in the spring.

Death can occur a mere 15 minutes after ingesting a lethal dose. The toxin, known as cicutoxin, attacks the central nervous system, making it nearly impossible to treat, especially with the slim window available. The best thing you can do is avoid the plant at all costs.

Now, obviously, not all plants are dangerous. For example, check out the cattail and its many survival uses.

Did you know this was the most dangerous plant in North America? Do you know of any other deadly plants one should avoid? Reply to your email and let us know, we would love to hear from you!