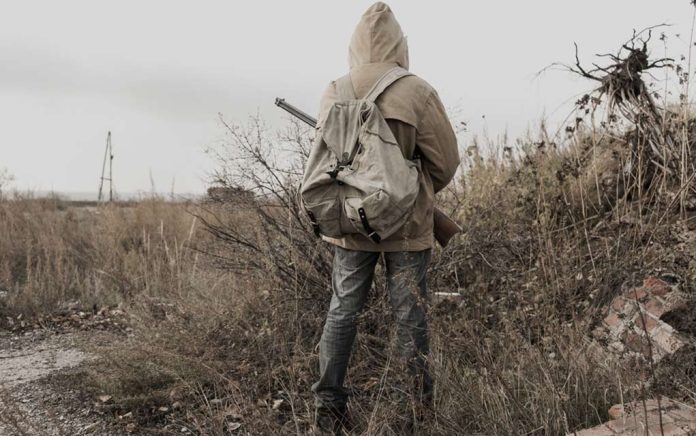 (TacticalNews.com) – The concept of bugging out is debated endlessly by survivalists, with arguments both for and against the idea. For many, the home-field advantage of bugging in outweighs the benefits of getting out of dodge. There may come a time, however, when leaving the “castle” becomes the only option — the key is to know when.

In the following video, BlackScoutSurvival sheds some light on knowing when it’s time to leave:

The easy answer for when to bug out is when it becomes more dangerous where you are than where you intend to go. For instance, if a natural disaster strikes (like Hurricane Katrina), you may be forced to evacuate. Should civil unrest become a national issue, this could become a situation where you need to leave for safer pastures.

Unfortunately, events such as these tend to develop quickly, so having a plan in place to leave is a good idea. Have multiple destinations mapped out, with alternate routes planned in advance. If one route or location becomes compromised, a backup can be a lifesaver.

One option that’s often overlooked is a split bug out. Essentially, this is sending your family to a secure location while you stay behind to defend your home or business (in the event of civil unrest, for example). The advantage here is that you won’t have to worry about protecting them while you hold down the fort. However, you also won’t be present to defend them should events escalate in the location they evacuate to.

Even if your plan to tackle a disaster scenario is to bug in, it’s a good idea to plan ahead for an evacuation. Having locations mapped out, and the necessary gear to make it there, is essential.

To see what gear goes into a good bug out kit, check out this article.

Do you have a plan in place to evacuate in the event of an emergency? Have you ever been forced to evacuate due to a natural disaster? Reply to your email and let us know, we would love to hear from you!