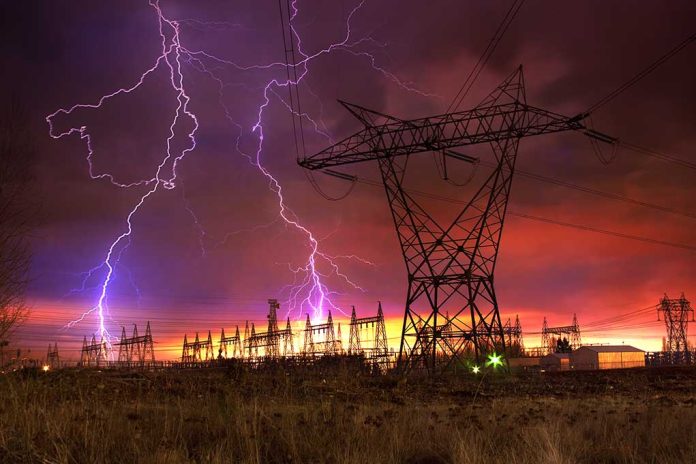 (TacticalNews.com) – We are spoiled when it comes to working on projects with our power drills, impact drivers, circular saws, and the like. However, all of them become useless if they get hit by an electromagnetic pulse (EMP). With that in mind, having old-fashion hand tools around isn’t a thing of the past but potentially the key to the future.

What is an EMP?

Before we get into the different tools you can utilize after an EMP, we first need to explain what an EMP is and what it does. In short, an EMP is a burst of electromagnetic energy that knocks out power. It can also meltdown circuits and electronics.

EMPs can result from a dedicated attack, a side effect of a nuclear attack, or the work of magnetic pulsations via mother nature.

Let’s go over some tools that will survive long after the last lightbulb blows. There are your basic tools like hammers, screwdrivers, saws, ratchets, wrenches, and sockets. All of these tools are great to have around, but the list doesn’t end there.

Mass production will be a thing of the past with no electricity, and many will have to grow their own food. A garden hoe, hand-tiller, shovels, rakes, and yard tools, in general, will be needed to accomplish that task along with wheelbarrows.

You might also consider keeping a push-reel mower on hand. Most gas-operated mowers won’t be affected by an EMP, but fuel to operate them might not be available when gas stations go offline.

Most of us rely on either our cell phone or GPS to get us where we want to go. However, they will be useless post-EMP. For that reason, it’s best to keep a map and compass handy. Having the knowledge to use both will be useful as well.

Now, before you rush out to buy a horse or new bicycle, there are motorized vehicles that do not require electricity to run. There are even some vehicles that are considered EMP-proof. The good news is their price tags may surprise you. You can check them out here.

Electric stoves would be rendered useless, and while a gas stove may seem like it’ll get the job done, a large-scale EMP attack would likely knock out gas service. So, you’ll need to find other ways to cook. Purchasing, or creating a solar oven could do the trick.

If you have canned food, you’ll need a way to open it, so think about getting a manual can opener. There’s nothing wrong with your normal skillets, pots, and pans when it comes to cooking. However, normal household ones probably won’t survive open-fire cooking. For that reason, you will probably want to invest in some cast iron cookware.

This covers a few of the EMP-proof tools discussed in the included video. Communication is always vital. Check out how you can stay in touch after an EMP, and you will probably find it useful to read up on how you can put extension cords to use since you probably won’t have electricity.

Do you think we will ever face an EMP attack from a foreign country or even a solar storm that causes an EMP? Reply to your email and let us know, we would love to hear from you!