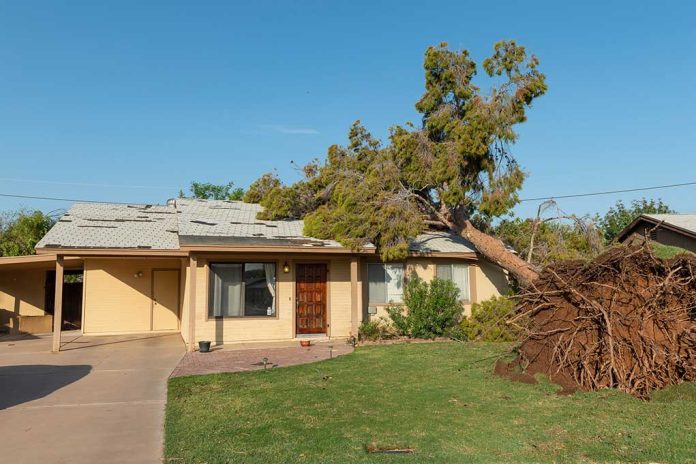 (TacticalNews.com) – For those that haven’t seen SHTF before, it means s**t hits the fan. The term has become increasingly popular in the prepper world. However, everyone seems to have a different definition of the phrase. So, what does SHTF mean?

For some, a SHTF scenario is likely going to be something catastrophic such as a nationwide blackout. However, for others, it may mean something like a tree falling on their house. Whatever the case may be, surely we can all agree that anything affecting an entire region is a SHTF situation.

Determining a SHTF situation can be subjective as well as situational. For instance, some may not consider a house fire a major catastrophe since it typically only impacts one person or a family. But, it’s a big deal to the occupants whose lives have been dramatically altered, sometimes permanently.

A SHTF scenario can be one of many potential disasters. A simple power outage isn’t necessarily something that many consider as SHTF. In a case, like what happened recently in Texas, a power outage did constitute a SHTF situation. Power outages typically only last a few hours, sometimes a couple of days, and then life goes back to normal. A true SHTF scenario will disrupt the way we live for a lengthy or indefinite amount of time.

In a SHTF situation, you often don’t know where to obtain potable water, food, or shelter. That’s why it’s so important to prepare for the possibility of a future SHTF scenario. After all, we never know if or when something is going to happen. Many who do not prepare for a crisis run the risk of not surviving it.

You need to have both the knowledge and skill to find, prepare, and cook food, as well as how to disinfect water to make it drinkable. Don’t think the government will swoop in and save you because that doesn’t always happen. Prepare now while you can, because you never know when s**t will hit the fan.

Many think that prepping is a privilege for those who have plenty of money. However, the truth is that anyone can do it. Check out how you can prepare on a budget and get ready for a future SHTF situation.