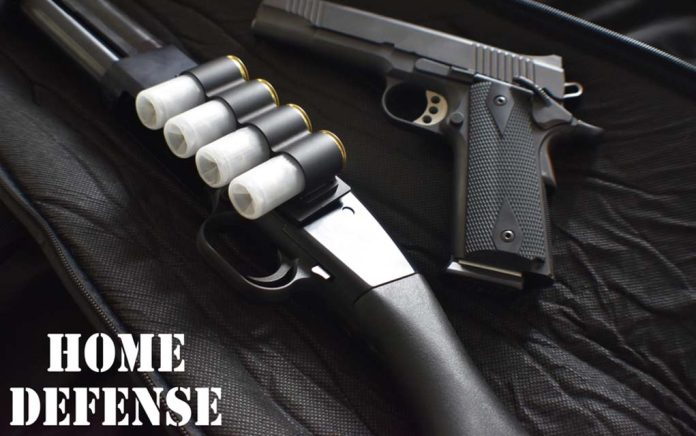 (TacticalNews.com) – Having a World War II-era firearm means owning a piece of history. However, don’t think for a second just because a gun is decades old that it can’t be a reliable way to protect your home. These guns have survived the tests of time and have proven to be effective in protecting their handler.

WWII arms have attained a certain immortality, still prized for their reliability and effectiveness. Read about the Great WWII Guns for Home Defense here: https://t.co/wh1Z68mt5l pic.twitter.com/PajTjZX5Yi

There’s no question that shotguns make excellent home defense guns. They probably top the list of firearms to defend your dwelling. American soldiers used various shotguns in WWII, and the Winchester Model 97 Trench Gun led the pack. Honorable mentions include the Winchester Model 12, Remington Model 11, and the Ithaca Model 37. Ithaca’s only produced 1,422 of its blued shotguns, making them the rarest ones of the bunch.

Rifles provide an effective home defense as well. Some people like using the M1 Garand for that purpose. If you’ve ever watched Clint Eastwood’s “Gran Torino,” then you’ve seen one in action. However, firing a 30.06 round, the Garand has a bit of an over-penetration issue when being used for home defense.

You’re probably better off using the M1 Carbine, given its smaller frame. Being a more modern weapon, the AR-15 has several advantages over the M1 and Garand. However, both serve as a viable means of defense for those already owning one or preferring them.

Any firearm design that has lasted well over ten decades is worth recognition. The 1911 handgun has been around for what seems like forever. The standard-issue sidearm for the military in WWII the 1911 was the military’s go-to handgun for over 70 years, finally being retired in 1985.

Home invasions are potentially frightening situations. That’s why it’s crucial to have a reliable way to defend yourself. Let’s be honest; if the firearms we discussed above have proven to be reliable all this time, they’re probably not a bad choice.

That being said, you shouldn’t rely on just your firearm. You also need to have exterior defenses as well. Check out how you can grow your home defenses and better defend your home.