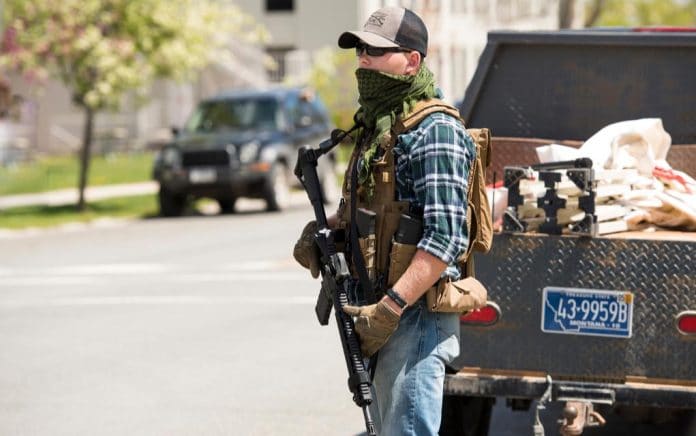 (TacticalNews.com) – Rioters and looters are attacking businesses across America. Unfortunately, not all of them can recover like a big box store such as Target. Many desperate business owners, who know they can’t come back from the loss, are trying to protect their life’s work… without any way to defend themselves. Unfortunately, not all of those who try meets with success, as is shown in the graphic Tweet below:

Incidents such as this are why many Americans are choosing to come in and save the day for their fellow citizens.

Americans armed with AR-15 rifles are posting up outside of their local businesses to protect them from rioters and looters. Americans using their 2A rights to protect not just themselves but their fellow Americans. It is well known that a cultural war has been waged on the Second Amendment for years now, but the recent events unfolding across America just further proves why it is so essential.

Currently, AR-15s are actually helping to save American businesses in more ways than one. They’re being used to defend against would-be attackers, and are also bringing money into the economy. Granted not all the recent gun sales, which have hit historic highs, are AR-15s — but gun sales are saving many American businesses as well.