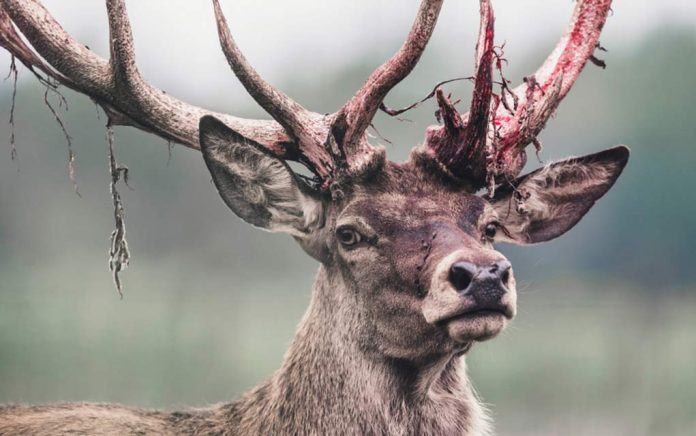 (TacticalNews.com) – Remember when you were young and brought home every animal you could catch? Toads, snakes, turtles, raccoons, maybe even the occasional fox. You were positive it would be better off in your home versus the wild outdoors — just to be told, let it go! Well, it seems that no matter how old you get, that urge just never leaves some people.

The problem is, wild animals just aren’t pets. Judge for yourself:

As reported by The New York Post, a Colorado lady was walking her dog when attacked by a stag that seemed to have gone “buck wild.” She was repeatedly knocked to the ground and thrashed by antlers as she ran to a house, eventually her garage, and squeezed herself between two vehicles. After overnight hospitalization, she was left with bruises and injuries to her head, cheek, and legs.

Upon further investigation, it was discovered that the crazed animal was a pet buck that 73-year-old Tynette Housley had been caring for since it was a fawn. Housley admitted she had kept it in her home, then her garage, and eventually on her property. Aside from the animal being euthanized, Housley was also given a warning for possessing live wildlife without obtaining a license and cited for unclassified misdemeanors totaling $1,098.50.

It’s outcomes like this that remind us not all animals make good pets, no matter how adorable they may be when they are young. Consider what may have happened if that had occurred in bear country. Would it have been wise to run? Read up on the safety tips and find out.