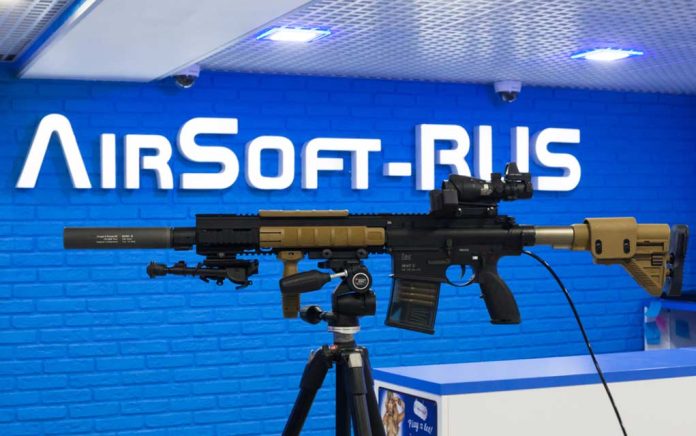 (TacticalNews.com) – With the steady erosion of Second Amendment rights, it isn’t always possible to buy the firearms you need. However, depending on the law where you live, other projectile weapons might be easier to obtain. Few people would argue that a slingshot, bow or crossbow is a viable weapon if your opponent has a gun, but what about air-powered weapons?

There was a time when air rifles left firearms standing in the dust. Lewis and Clark took Austrian-made Girandoni air rifles with them on their pioneering expedition because it was the most effective gun available at the time. Developed in the mid-18th century, the .51 caliber Girandoni was the same size as a conventional musket but was more accurate, had a longer effective range and matched a modern semi-automatic rifle for rate of fire – a good shooter could empty the 22-round magazine in 30 seconds.

Unfortunately, the Girandoni was also complicated, expensive and not as robust as a musket. Though Austrian and French armies used them as designated marksman’s rifles, they never really caught on as military weapons. When brass cartridges appeared, firearms finally overtook them in effectiveness.

In the modern era, air rifles simply can’t match the power, range and rate of fire of a firearm. There are powerful air rifles available – .50 caliber ones are increasingly popular for culling feral hogs – but they’re mostly single-shot hunting guns. Modern high-powered air rifles are easily capable of dropping an attacker, but you better do it with the first shot – because, if you don’t, the attacker will get half a dozen shots off at you while you reload.

Airbows aren’t actually bows at all; they’re air rifles that, instead of launching a pellet or bullet along the inside of the barrel, launch a hollow arrow off the outside of it. In power, range and accuracy they can match the most powerful crossbows, but their rate of fire is generally even lower than a heavy-caliber air rifle.

If you can’t get a gun, but need a weapon, a modern hunting air rifle or an airbow is a lot better than nothing. Both of them comfortably outrange a handgun, too, so if you spot an attacker soon enough and he only has a pistol, a .50 air rifle will give you a valuable range advantage. On the other hand, just about any modern rifle would give you even more of a range advantage, plus the ability to take a rapid follow-up shot. So are air-powered weapons a practical alternative to guns? Yes – if that’s all you can get, but a gun is a better option.

One of the most effective ways you can use air weapons is in drills. Doing drills with a moving target isn’t always an easy thing to set up, but with airguns you don’t need as much range area to do it safely. And if you DO have to use an airgun or airbow as a weapon, it works best if you use ones that look the most like firearms. Many attackers wouldn’t know the difference and one look alone might deter them.