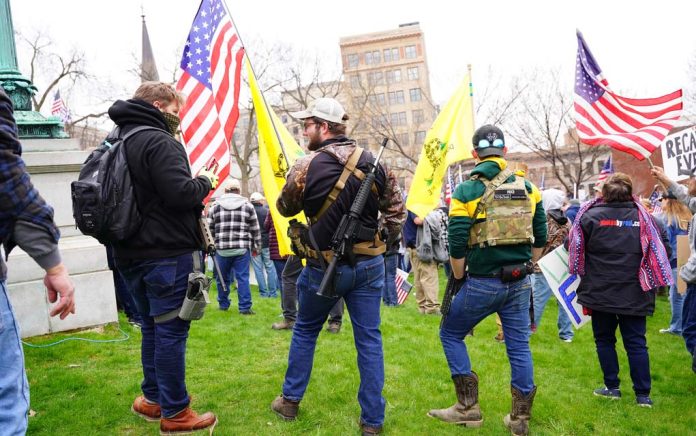 (TacticalNews.com) – Armed protesters found themselves faced with an unexpected challenge as they gathered at a North Carolina cemetery, intending to march through downtown Raleigh. The May 1st protest was intended as an outcry against the state’s stay-at-home orders, but instead brought a new issue to light. The Raleigh Police Department told the men they were prohibited, by an obscure state law, from bearing arms and protesting at the same time.

While protesters should of course  be expected to follow state and local laws regarding licensing and regular rules of conduct for open or concealed carry, gun enthusiasts are left wondering how their constitutional rights can be limited in a “one at a time” manner. Case law supports it, but does the constitution?

North Carolina, by the way, is an open carry state.