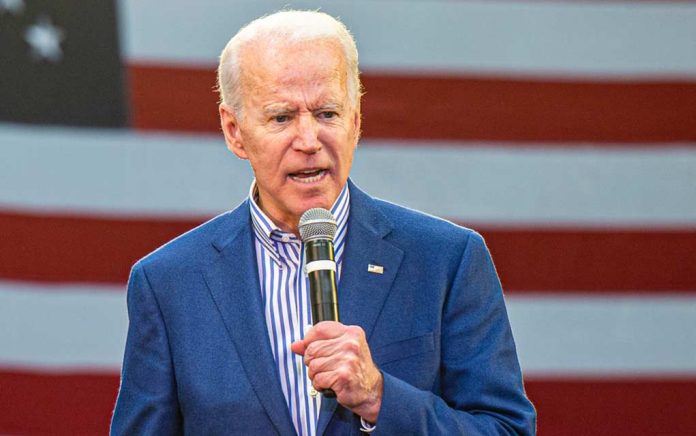 (TacticalNews.com) – Democratic presidential nominee and former vice president, Joe Biden, has a long track record of calling for an end to gun violence, a position both gun-rights advocates and gun-control supporters can agree on.

However, Biden’s official plan to reduce the incidence of gun violence is unconstitutional and gun rights advocates will not support it although they support the plan’s stated goals.

An Attack on the 2A

Under his plan, Biden not only wants to take away Americans’ AR-15s and other similar firearms, but he also wants to end their future manufacturing and sale. This extreme position alone deals a blow to both our beloved Second Amendment rights and the firearm industry.

Other provisions under Biden’s plan would significantly alter the use of some of the most popular handguns in America due to proposed magazine capacity limitations.

Tearing Down an Industry

What makes the gun industry any different? America’s gun industry is one of the longest standing industries in the world; preserved and protected by our great Second Amendment. Bringing down an industry like this will tank the American economy.

Joe Biden calls assault-style rifles “weapons of war,” but in reality they’re the best selling rifles for civilians in America. The AR-15 and similar firearms are great for self-defense and nothing like their military counterparts, the M4 and M16.

Biden’s claim of these being weapons of war is completely absurd, particularly in light of the fact that more people are killed with blunt objects, or even with hands or feet than they are by rifles. That reality hardly screams “weapon of war.”

The Truth About Guns

A gun is only an implement, a tool. While it’s true that guns were designed to kill, their intended use was never to kill other people exclusively. Hunters use guns everyday to provide for themselves and their families. People use guns for self defense and to protect their homes and families.

Criminals don’t care about the law, if they did, they wouldn’t be criminals. The only thing gun control will accomplish is taking away the firearms from those who will follow the law, making them an easier target for criminals. Criminals will still get their hands on firearms because they have no regard for the law, to include weapons bans.

Joe Biden believes this plan will help the American people. In reality, it will disrupt our economy and the American way of life. Under Biden’s plan, gun manufacturers will be forced to halt production on a variety of firearms, forcing many of them into bankruptcy and eventual closure.

What does this mean in the long term? It means that ultimately there will be no one to manufacture guns, ammo, or armaments for our military who protect our freedom and beliefs and those of our allies. These are things Biden’s plan doesn’t mention.

What Does This Mean For You?

If Biden wins the 2020 election, you can expect to see his plan go into effect quickly. What this means is people who own firearms are going to have to make a difficult choice — sell their guns back to the government at an extremely low price, to be put on a registry, or be an outlaw.

Once we don’t have guns anymore, there’s nothing to protect us from tyranny. Remember that when you head to the polling stations this year.

Gun owners and Second Amendment advocates will not take lightly to this plan. In fact, something similar happened in Virginia and the residents pushed back to preserve their right to bear arms.

“We the people” control what our government can and cannot do through the power of elections. By voting, we allow officials to come into power.

For that reason, it’s important we educate ourselves regarding candidates for office. We need to know that who we’re voting for has our best interests in mind. You can learn more about Biden’s views on gun control in our companion article, Biden’s Fight, Our Right… To Bear Arms.