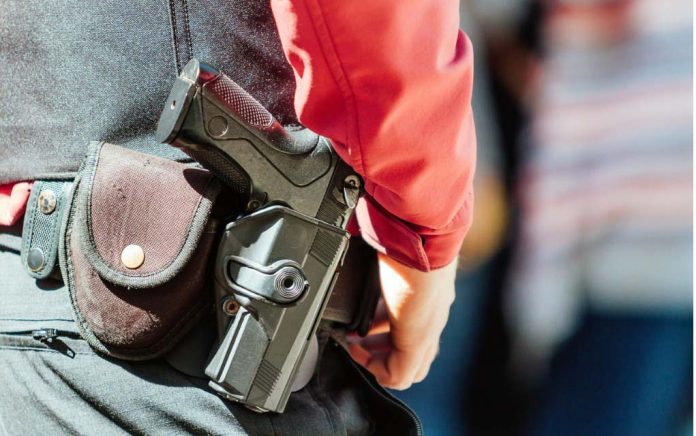 (TacticalNews.com) – With the recent events unfolding, including the call for defunding the police, now is a great time to think about using your 2A rights. The Second Amendment is crucial for ensuring the safety of your person and your family.

The next question is, how can you, and should you, carry a firearm?

As of 2019, there have been 18.66 million concealed carry permits issued, with all 50 states allowing able Americans to conceal carry. There are plenty more Americans who open carry as well, but only 31 states allow it without a permit. 15 states require a permit to open carry increasing open carry states to 46. So what are some of the pros and cons of each method? Is open carry better than conceal carry, or is it the other way around?

People who open carry sometimes do so for misunderstood reasons, but nonetheless open carry has some pros:

Not exactly a long list of pros, but there is open carrying serves its purpose. Don’t think there aren’t any cons though.

When it comes to open carry, the cons seem to outweigh the pros. Someone can steal your firearm, and the fact you can’t open carry in all 50 states means not everyone can do it.

Whether drawing attention to yourself is good or bad is debatable, and depends on the situation. There are people that open carry to deter would-be criminals — but it paints a target on your back. People who open carry know they’re going to be targeted first, but some prefer that to being caught defenseless in a bad situation.

The idea of open carry being intimidating to others is also debatable, as the idea is to intimidate criminals. The possibility of unwanted conversations can go in your favor. When faced with criticism, you can use it as a chance to spread gun safety awareness as well as responsible ownership. You can even use it as a platform to advocate the Second Amendment and the right to defend yourself.

This method is preferred for those who don’t want that awkward conversation with an anti-gun liberal. It is also a good way to maintain a grey man status should things go south quickly. Concealed carry has plenty of ups and downs, though it offers more pros than open carry. With concealed carry you have:

You will have a slower draw time due to having to move clothing to reach your gun. Then, you run the risk of accidentally ending up like Cheddar Bob from the movie 8 Mile as accidental discharges are dangerous.

The whole point of concealed carrying is to hide the fact you have a gun, so would-be attackers are obviously not going to know. But you have the element of surprise and that gives you a tactical advantage. Police officers and anti-gun activists are less likely to harass you as well. Unlike open carry, you can legally conceal carry in all 50 states — provided you have obtained the correct permit.

The Debate and Conclusion

Both sides have their advantages and disadvantages. it’s really all about your perspective, your beliefs, and what you’re comfortable with.

With the way America has been going lately, it’s a good idea to take advantage of the Second Amendment and exercise your right to bear arms regardless of which choice you make (should you legally be able to do so). If the police do get defunded, only you will be able to protect yourself.