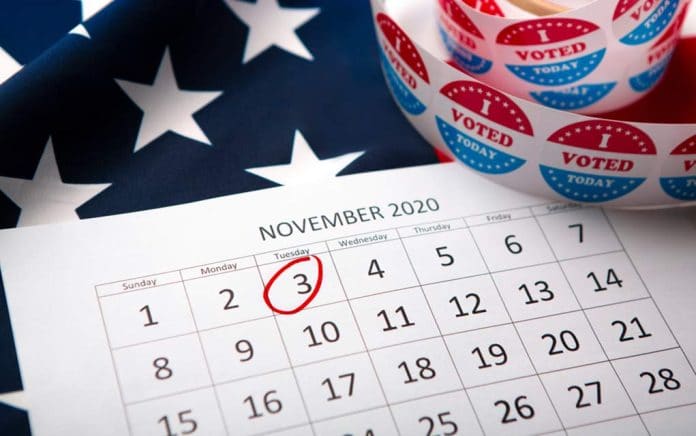 (TacticalNews.com) – With the 2020 presidential election less than one week away, Americans are expressing their concern through surveys. This year’s election is largely seen as the most crucial election in the history of our country. However, many Americans believe that despite the results, there will be some sort of turmoil in the election’s aftermath.

Survey: Over 1/3rd of Americans Believe Election Will Result in Anarchy and Violence https://t.co/7Dm6nJqwf1 #gunsamerica

A recent survey found over one-third of Americans believe that there will be violence and chaos after the November 3rd presidential election. Rich Thau, president of Engagious (one of the companies that conducted the review), stated the most recent “Back-to-Normal Barometer” survey results show an America that’s on edge.

Many respondents mentioned the use of weapons such as firearms, Molotov cocktails, and batons without being asked any questions regarding those items. One person who responded to the survey stated they believe there will be many protests involving numerous firearms after the election.

Another respondent stated that they believe we’ll witness the use of more Molotov cocktails and batons since many of the individuals inciting the violence cannot legally own a gun.

The election is edging closer every day. Undoubtedly, the closer it gets, the more anxious Americans become. Many wish it was over already. No one knows what will happen, but that just enforces the need for us to be prepared. Read up on how you can prepare for election chaos now before it’s too late.