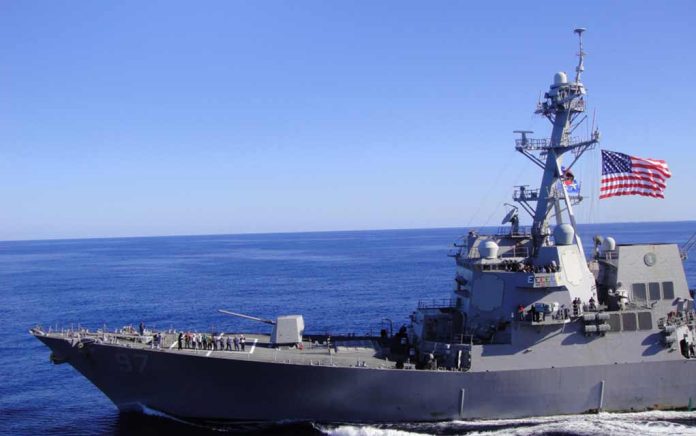 With oddly defensive language US SOUTHCOM announced 23 June that "while peacefully operating in the Caribbean Sea the US #Navy #destroyer USS #Nitze DDG94 conducted a freedom of navigation operation contesting an excessive maritime claim by Venezuela… pic.twitter.com/oA84C6myDu

Tuesday, in what military officials call a “freedom of navigation operation,” a US Navy destroyer sailed close to the Venezuelan coast. The Arleigh Burke-class guided-missile destroyer, USS Nitze, operated within international waters in the Carribean, according to Navy Officials. It’s also an area of which the Maduro regime illegitimately claims to control.

This isn’t the first time the US Navy has done something like this. The combat ship, Detroit, also conducted a freedom of navigation operation off the country’s coast in January.

Iran and Venezuela have been building a stronger relationship as both countries are under sanctions and dealing with the coronavirus. Meanwhile, Trump’s administration has increased Navy and Coast Guard presence in the Carribean, likely due to drug traffickers taking advantage of the lawlessness of Venezuela under Maduro’s control.