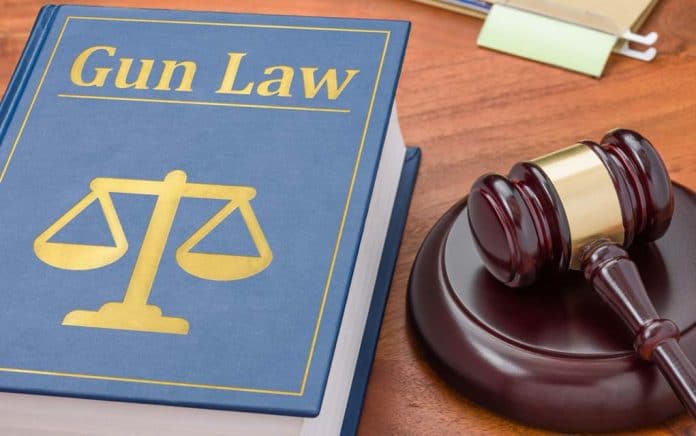 (TacticalNews.com) – President Donald Trump’s Supreme Court justice nomination has caused a few ripples in the political pond. After the death of Ruth Bader Ginsburg (RBG), President Trump nominated Amy Coney Barrett (ACB), a decision many Democrats predictably didn’t like. Now many on the Left are worried that ACB’s confirmation may lead to an agenda setback.

Several anti-gun groups believe that if ACB does become a Supreme Court judge, it would threaten gun safety laws and put Americans at risk. However, the laws the gun prohibitionist lobbies regard as necessary for “safety” more appropriately could be called “control” statutes.

Critics of Judge Barrett’s nomination are also concerned that her confirmation to the nation’s highest court could open the floodgate to numerous rulings strengthening the Second Amendment.

However, on the other side of the political spectrum, gun rights advocates see Barrett’s nomination as an opportunity, not to expand the Second Amendment but rather to restore it. The Second Amendment should never have been weakened in the first place.

The gradual whittling away of its protections by certain control advocates is ill-conceived at best and unconstitutional at the worst. Judge Barrett’s confirmation is more important than many people realize. It could prove to be a golden opportunity to roll back current gun control measures and reinforce the nation’s Founders’ original protections.

Professor David Bernstein at George Mason University’s Antonin Scalia Law School discussed the importance of Second Amendment protections in a recent 41-page Liberty & Law Research Paper. As he explained, the Founders protected the right to bear arms for two main reasons. First, to preserve citizens’ ability to oppose a tyrannical government. Second, to ensure Americans can defend themselves, their loved ones, and their property.

This is why many on the Democratic Left oppose Judge Barrett becoming a Supreme Court justice. If she does, she may tip the scales back into the Second Amendment’s favor and remove existing regulations. Gun prohibitionists and their partners in the Senate Judiciary Committee don’t want this to happen.

It will pick apart decades of gun control laws that have taken the great Second Amendment and turned it into a government-controlled privilege. That means the power will go back to where it belongs, in the hands of the American people.