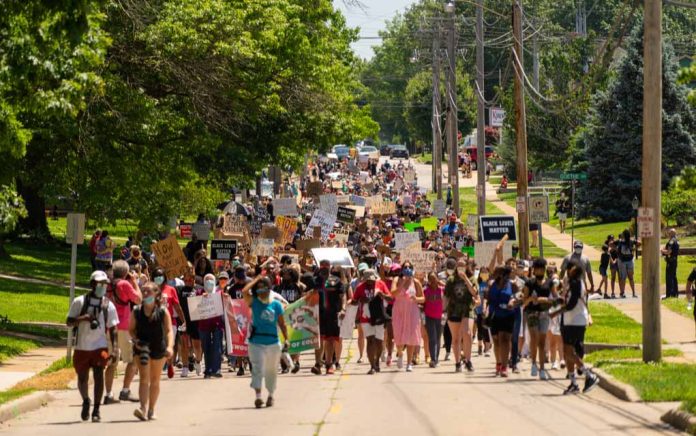 (TacticalNews.com) – We live in an America where the same group of people tell you that you don’t need firearms “because we have law enforcement” and also say that we need to “defund or abolish the police.” This is the same America which grants its people the right to keep and bear arms under the Second Amendment, yet we now see firearms confiscated by police — from people who were defending their home and property.

In St. Louis, Missouri a video showing a couple standing outside of their home with guns sparked controversy. Protestors under the BLM name broke into a gated community where they were met by this couple who was armed and ready to defend their property. This is why we’re given the right to keep and bear arms, to protect our homes.

You’d think everything was fine. After all, under Missouri state law you can stand your ground. They didn’t shoot anyone, rather they just protected their property. However, when you stand against the radical left mob, it doesn’t matter what you do.

Mark McCloskey was on the Tucker Carlson Tonight show this week. He explained that the police came and served him and his wife a search warrant. McCloskey stated that the police were “almost apologetic,” as if they didn’t want to be there. The couple had their guns confiscated.

Now, Mark told Tucker that he’s heard rumors of being indicted. Being punished for exercising his right and protecting his home? It’s absolutely absurd.

The media’s coverage of course has been biased on the matter. McCloskey criticized the media while on Carlson’s show, stating that the media is right behind the mob. The couple has been given support from many fellow Americans, and even from a woman in Ireland who sent them a letter congratulating them for taking a stand.