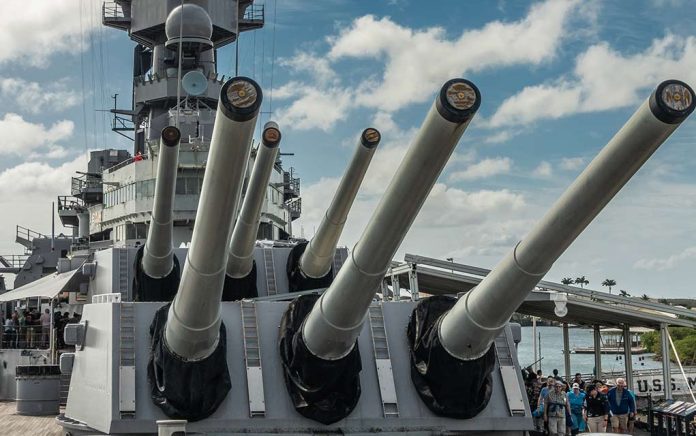 (TacticalNews.com) – Militaries are always testing new equipment to keep an edge on the battlefield, something the US military is particularly good at accomplishing.

Cruise missiles are something that threatens every country, and few countries can defend against them. So the fact that the US military is testing this hypersonic bullet against cruise missile stand-ins is reassuring in a sense.

The weapon tested was Hypervelocity Projectile (HVP) fired out of a Navy deck gun and a US Army M109 Paladin-based howitzer chambered in a 155 mm system. The targets were BQ7-167 drones, capable of speeds of about 700 mph, making them a viable simulation of cruise missiles that fly around 500 to 700 mph.

Breaking Defense reported the test occurred between August 31 and September 3, at the White Sands Missile Range in New Mexico.

The shells are considered by BAE Systems to be next-gen, low drag, common, guided projectiles. The HVP shells can be fired from the Navy 5-inch gun, the 155 mm weapon systems used by each branch of the military.

The US military is even planning to fire the HVP shells from future electromagnetic railguns. The shells are already being developed for various missions, including numerous naval operations.

Forbes stated that HVP artillery shells capable of downing cruise missiles could be a low-budget solution should China target US bases in the Pacific. These bases have missile defenses already in place, but they are much more expensive options.

The US military has been upping their game when it comes to combat, specifically their artillery abilities. In addition to testing the HVP shell, the US Army is developing Extended Range Artillery Cannons (ERCA), which are capable of firing at distances exceeding 40 miles.

Best of all, they have proven to be accurate. Also being developed is a missile capable of firing over 1,000 miles known as Strategic Long-Range Cannons (SLRC). The idea is to provide the US military with strategic fire support against adversaries such as China.

Anti-access aerial-denial is a large part of China’s military doctrine, with the intended goal of blocking the US from strategic areas, such as the South China Sea.

The US is already the most dominant military force on the planet. However, there’s always room for improvement, and you can’t stay the best without remaining conscious of that fact.

The US looks to remain the sole superpower in the world, and it’s proving that it’s willing to tweak every aspect of its might, much like any perfect running machine would.