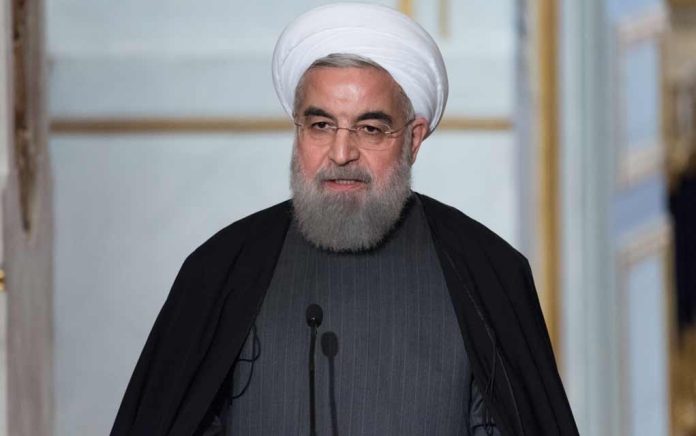 (TacticalNews.com) – Tensions between Iran and the US continue to rise. Most recently Iran has been seeking to renew deals and agreements with China and Russia, bringing the balance of international power into question. Following last week’s incident involving a US F-15 and an Iranian jetliner, Iran pushes back.

The appearance of the Nimitz-class mockup in the Strait of Hormuz suggests Iran’s paramilitary Revolutionary Guard is preparing an encore of a similar mock-sinking it conducted in 2015.https://t.co/Eqim9V4hrH pic.twitter.com/hEM2imo8w0

An Iranian tugboat pulled a mock aircraft carrier into the strategic Strait of Hormuz. The Strait of Hormuz sees 20% of the world’s oil pass through. The Iranian government hasn’t acknowledged moving the replica into the strait. The act suggests there will be an encore of the 2015 mock-sinking.

Spokeswoman Commander Rebecca Rebarich stated that she is confident in the US Navy’s Bahrain-based 5th Fleet’s ability to protect itself. She added that we don’t know what Iran hopes to gain from this act, or if it bears any tactical value. She ended her statement saying the US isn’t seeking conflict, but is ready to defend itself and its interests.

The faux carrier closely resembles the Nimitz-class carriers that pass through the Strait of Hormuz on their way to the Persian Gulf. It can carry 16 mock-up fighters on deck, the information provided via satellite imagery from Maxar Technologies. The fake carrier appears to be 650 feet long, and 160 feet wide. If Iran were to be using this for tactical needs, they’re not accurate to the real carrier. Nimitz-class carriers are about 980 feet long and 245 feet wide, a large difference.

A drill targeting and potentially sinking the mock-carrier could be a direct response to the incident last week involving a US F-15 fighter and a Mahan Flight over Syria, an incident that resulted in passengers aboard the Iranian airliner being injured.