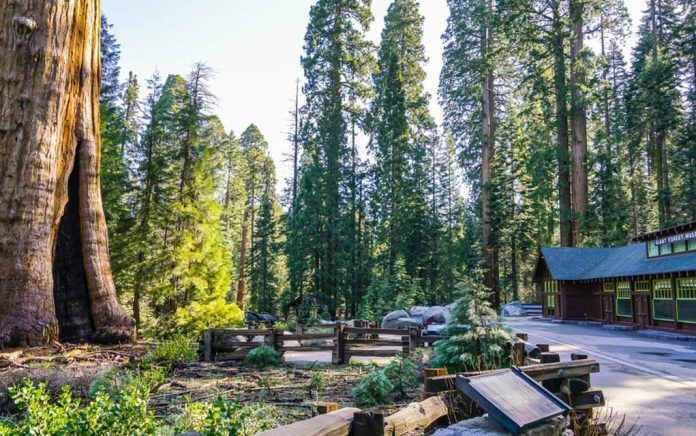 (TacticalNews.com) – There’s no question that the US is home to some beautiful landscapes. National parks are all across America, which allow us to capture nature’s glory. The problem is that our parks have been neglected and underfunded for a long time. As a result, the great outdoors has taken a toll.

In a 73-25 vote supported by both Republicans and Democrats, a bill was passed to dedicate about $12 billion in new funding to cover park projects. The funding will come from revenue paid to the federal government by oil and gas exploration fees. These fees will go through the Land and Water Conservation Fund.

That funding was always meant to go to parks and their maintenance projects. However, other congressional priorities had diverted that money, which reached up to $1.9 billion a year.

The Great American Outdoors Act requires that 50% of gas, oil, coal, alternative, and renewable energy revenue developed on federal property be deposited into the National Parks and Public Land Legacy Restoration Fund. This fund must be used for priority deferred maintenance in systems administered by the:

Yellowstone in Wyoming, the Grand Canyon in Arizona, and Yosemite in California are all included in the nearly two dozen parks that have a backlog well above $100 million.

The bill’s lead sponsor, Senator Cory Gardner (R-CO), stated that this bill isn’t just for one region of America; instead, it is for all of America. West Virginia’s Democrat Senator Joe Manchin who helped draft the bill expressed his pride, stating that the bill was “one of the most important things we’ve done in the conservation world in the last 50 years. So we’re very proud of that.”

Not everyone was happy about the bill though. Senator Mike Enzi (R-WY) stated the bill will add another $17 billion dollars to the national debt over the next decade. Sen. Enzi proposed a new fee on visas for foreign visitors to help fundraise for park maintenance. The Senate did not approve his proposal and denied his amendment.

Preservationists have fought a long and hard battle, but after years of fighting, they’re finding victory. A victory that was achieved through determination and a rare bipartisan moment. A victory that will benefit every state, US territory, and the District of Columbia.

It’s not just the parks themselves that need maintenance. The sewer systems, bathrooms, campgrounds, and visitor centers are all overdue. These also happen to be very expensive fixes.

In the end, this new funding bill will be worth it as it’ll help us to preserve America’s great outdoors.