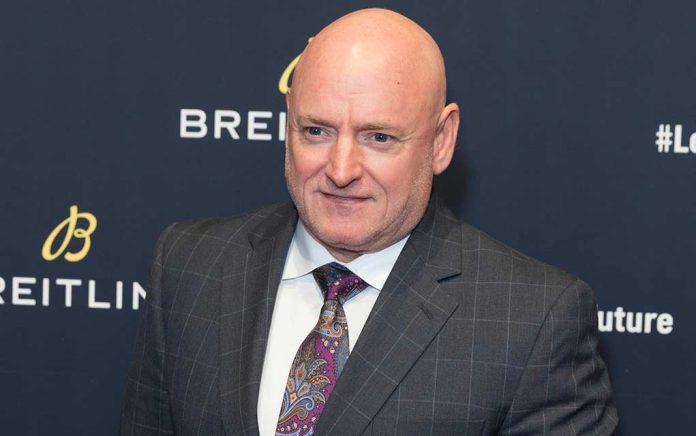 (TacticalNews.com) – Career Politicians know how to pander to voters to get elected. Unfortunately, sometimes this means the candidate isn’t always transparent or honest about their policies. If you feel the need to hide specific policies from voters, should you be trusted to govern them?

Mark Kelly, the Democratic candidate for Arizona’s US Senate seat, is intentionally hiding his gun control policies from voters. Angelica Carpio, a field organizer for Mission for Arizona, revealed the reason behind the deception to Project Veritas journalist, James O’ Keefe. It seems that Kelly wants to get elected first and then spring his plans for boosting gun regulations later.

Continuing, Carpio added that although Arizona usually is a red state, she believes the state is currently split between the two parties. Kelly’s master plan is to win over Republicans and Independents that don’t trust President Trump anymore.

The biggest issue he has with winning their votes, however, is gun rights. Gun owners and other Second Amendment advocates do not like gun laws infringing on their rights, which Kelly’s policies would do.

For example, Kelly wants universal background checks on all gun sales, not just guns sold by a retailer, but also private gun sales. Under his proposal, the government would know every time a gun is being sold. Essentially, any person selling a gun would need to acquire government approval before doing so.

These kinds of bombshell revelations show people how important it is to research each candidate before voting. This sleight of hand on Kelly’s part isn’t the first time voters have been deceived, and unfortunately, it won’t be the last. The best way to protect ourselves from deceptive behavior is to research the candidates ourselves, rather than take anybody else’s word for it. That way you vote for the candidate who best represents your interests.