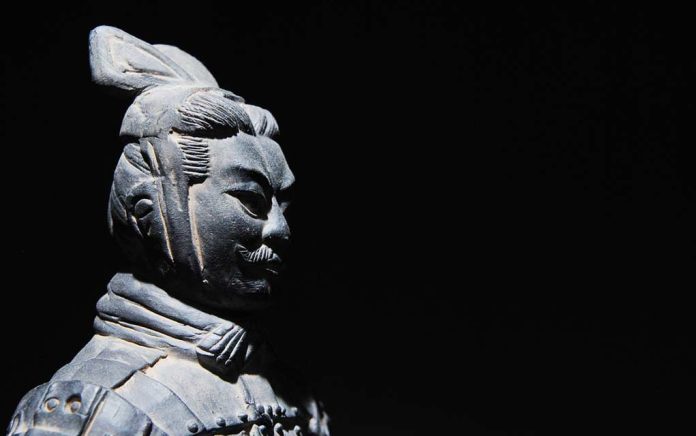 (TacticalNews.com) – It’s amazing to think a book written roughly 2,500 years ago could still be so relevant today. Sun Tzu’s “Art of War” has proven to be applicable on the battlefield, in business, and even in one’s personal life. His work has shaped the way we see war and, to a deeper extent, human interaction. Many of our strategies in life have grown from the Art of War’s roots in examining warfare. War is nothing new to the human race, and the influence of Sun Tzu’s work shows that we may never grow out of it.

One of Tzu’s most important messages is to achieve victory without violence — to win without shedding blood. One example we can turn to of a war that was fought without massive casualties is The Cold War that waged between the United States and the Soviet Union following the end of World War II. Fought primarily through diplomacy, this harrowing conflict nearly escalated to a nuclear war, but ultimately ended with the death of the Soviet Union in 1991.

In order to achieve victory without the loss of life, one must know the enemy as they know themselves. Sun Tsu wrote, “Know your enemy and know yourself, and fight a hundred battles without danger,” which plays into having intel on enemy positions, strengths, and weaknesses. Knowing your own advantages and strengths but not knowing that of your enemy, you win one battle but lose another. Understanding how you and your enemy fights, thinks, and plans is crucial to winning a battle or war.

A sniper’s best friend: concealment and deception. Being unseen and having the element of surprise gives one a massive advantage. Of course, this doesn’t only apply to snipers.

Spies are an essential part of war. They’re able to blend in to obtain insights on enemy strategy. If you’re spying on your enemy, you can bet they’re spying on you. Keeping your plans on the down-low for as long as possible minimizes the chances of those plans getting leaked to the enemy. Keeping your spies loyal is also essential and Sun Tzu suggests rewarding them handsomely for their services

One of the best examples of deception in warfare comes from the magician Jasper Maskelyne, and his work for the Allied forces in the North African front during WWII. Maskelyne created sun shields to camouflage tanks from enemy aircraft and was responsible for creating an entire fake city that was used to deceive enemy Luftwaffe pilots on their bombing runs. He also used paint and cardboard to mask tanks as supply trucks and vice versa, effectively masking their movements and providing false information to the enemy.

Sun Tzu was well ahead of his time with his mindset of “In doing battle . . . you achieve victory by irregular means. So if you are good at irregular warfare you will be as inexhaustible as the sky and the earth.” A good example of this is combining special operations forces with regular forces, enabling twice as much work to be done. The U.S. has been advising and enabling host nation forces to fight on the front lines rather than doing it alone.

Many of the great names in the field commanding through history like Alexander the Great, Napoleon, Grant, and Sherman, among so many others have proven victory and success have been found by following the principles found in Art of War.

Sun Tzu’s Art of War is poetic and pragmatic, and, despite being over 2,500 years old, is still very relevant today. A great piece of work indeed, the Art of War, however, remains relevant today because war hasn’t changed much. Sure our technology has changed the way we fight our wars, we have new strategies and have tweaked others, but war is still war. Maybe the book was trying to tell people that, until we understand our enemies, we will always be faced with war, and peace may never be achieved.