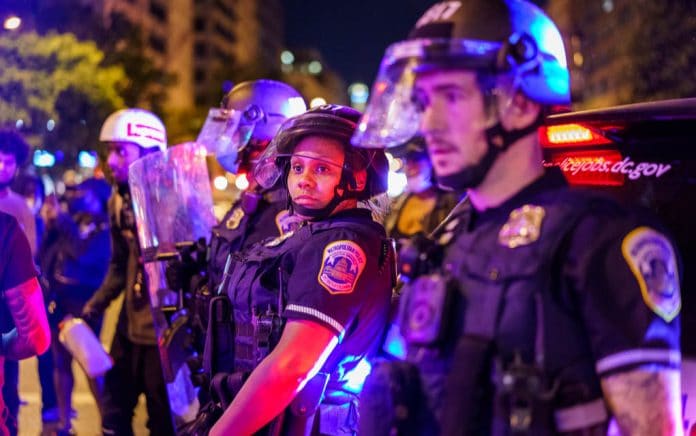 (TacticalNews.com) – War-like riots are breaking out all across the country. During these chaotic times, some police officers are proving there are good cops and chose to show solidarity with the protestors.

Many protests have become devolved into rioting and looting, so it’s natural to see police involvement in those cases. However, the protests are proving certain points that many Americans are seeing both sides of. People shouldn’t be discriminated against based on their race, and not all police officers are bad.

Officers from all over have kneeled and marched alongside protesters, joining in the call for peace. This unity is what’s needed to end both racial tensions and the abuse of power by some corrupt police. There are also protests happening in the streets of foreign countries, voicing their allegiance to the cause, which is something that doesn’t typically happen.

Officers in about 20 major cities, and in other areas across the entire country, battled riots throughout the weekend.

But, there have been peaceful demonstrations by officers calling for action. Camden, New Jersey was an example of the unity between officers and citizens where officers walked with protestors, holding up signs, and chanting “no justice, no peace.”

Hopefully, other departments will take note and follow suit. These protests are coming directly after a pandemic that pushed us close to the edge. America needs unity, especially at a time like this.