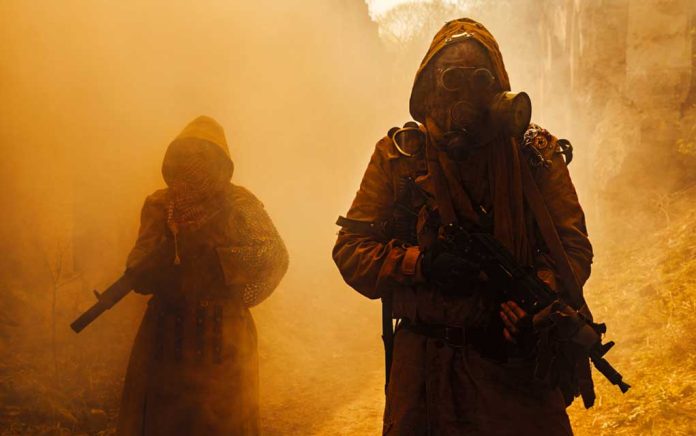 (TacticalNews.com) – Preppers and survivalists alike plan ahead for all kinds of emergencies, from natural disasters and food shortages to everyday problems such as winter blackouts. The threat of an end of the world as we know it (TEOTWAWKI) event, however, is an entirely different kind of beast. How to prepare for a world-altering scenario is a hotly debated topic among preppers — but everyone agrees that should such a thing occur, everything will change.

In such a scenario, defending your home, family or settlement will become a top priority. Desperate masses will look to take food and essential supplies anywhere they can find them. The art of combating these hordes will be much different than what it is now…

Modern tactics focus on expending more ammunition than your opponent in a firefight, as the saying goes: if you’re not shooting, you should be reloading. In a post-apocalyptic environment, this rule goes out the window. Ammunition will be a luxury best conserved, so you’re going to have to make every single shot count.

It doesn’t matter how much ammo is sitting in your stockpile at this point, it won’t be enough in the long run. From defending the castle to hunting food, it’s going to go by far faster than you think — even if you are an expert marksman.

To save bullets, you’re going to need to level the playing field. Use your home-field advantage to its fullest. Know the area surrounding your encampment, making note of any weak points and places where ambushes could be staged. Create areas of cover around any points of entry to give you a tactical advantage should a gunfight ensue.

Keep in mind that attrition will be felt deeply in this new world. As medical supplies dwindle or expire, any and all wounds will have the potential to become serious in a hurry. This can be used to your advantage by utilizing well-placed traps and perimeter alarms to convince invaders to seek greener pastures. Unwelcome visitors may lose their desire to fight when they realize they’re going to take losses simply getting to the initial fight.

Knowing your enemy will become more important than ever at this point. You can determine a lot by observing the way they look, move, and the state of their weapons. Are their ranks well-fed, or tired and starving? Are their weapons rusty, or well cared for? How many of them are there? Are important targets such as leaders and medics easily identifiable in an invading force?

A ragtag group of half-starved invaders wielding poorly cared for firearms may be easier to fend off than a well-oiled, well-maintained group of professional raiders. If you have a tactical advantage or a larger force, you may be able to resolve a conflict using diplomacy rather than violence.

To gain intelligence on potential threats before they come knocking at the gates, send out scouts to observe the locals and to get a good lay of the land. If your survival group has enough people to warrant it, setting up patrols is a good idea as well. Make sure everyone knows where the “hidden presents” (traps) are located in the patrol areas before they make their rounds.

In a post-collapse environment, all aspects of life will be different than they once were. Even sleep cycles will need to be adjusted to the new normal. To see exactly what this could mean, check out our article on sleeping in the apocalypse.

Do you think combat will be a viable threat in a post-collapse world? If so, how do you plan on dealing with it? If not, why don’t you think so? Reply to your email and share your thoughts, we would love to hear from you!