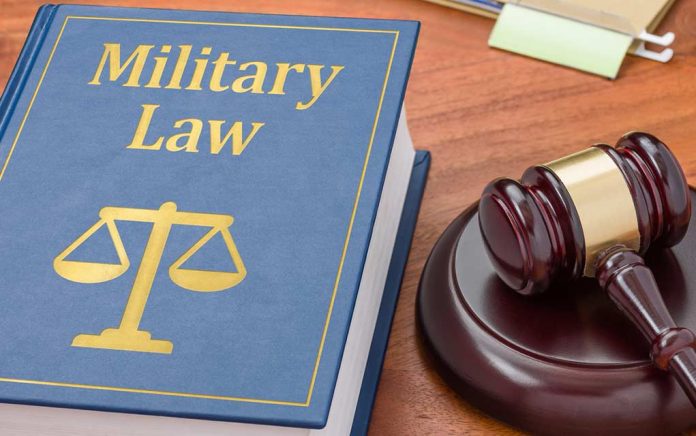 (TacticalNews.com) – It seems like a crazy idea for someone who’s retired from the military to be court-martialed. Truth is, however, that there are certain terms and agreements that need to be met. A court-martial is simply a military court that tries members of the armed forces.

Military's Top Appeals Court to Consider Whether Retirees Can Be Court-Martialed https://t.co/UB9Oxmgizp

For retired Navy chief petty officer, Stephen Begani, being court-martialed is reality. He was picked up about a month after leaving active duty for communicating with who he thought was a 15-year-old girl and trying to meet her. At the residence, he only met an NCIS agent who was undercover posing as the 15-year-old.

After the naval appeals court determined in January Begani was rightfully court-martialed, late last month he filed a petition for the US Court of Appeals for the Armed Forces (CAAF) to hear his case. The CAAF is the top military appellate court and the last stop before military appeals make it to the Supreme Court.

Begani’s request asks the court to consider whether or not his court-martial was fair, as some service members are subject to the Uniform Code of Military Justice (UCMJ) and some aren’t.

Marines and Sailors who leave the service after 20 years in uniform (but under 30 years) sometimes want to collect retiree pay and move to the Fleet Reserve. Fleet Reserve means you receive retainer pay, but can be brought back to active duty status without consent under extreme conditions. When on Fleet Reserve you are still subject to the UCMJ; after 30 years of active service, you are moved to the Regular Retired List. Once on that list, you are no longer subject to the UCMJ.