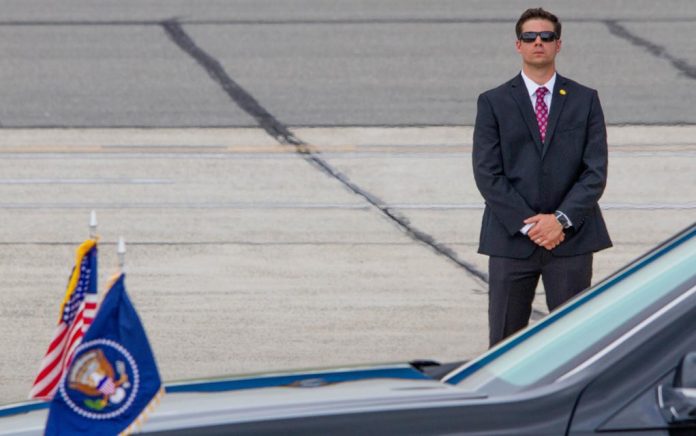 (TacticalNews.com) – The Secret Service has one main objective, protect the president. They’re very aware and cautious of what’s going on around them. They take even the slightest threat extremely seriously, the president doesn’t get to make decisions when the Secret Service steps in for his safety.

During a press briefing, President Trump was removed from the stand suddenly as reports of gunfire outside the White House came in. The suspect, as confirmed by the Secret Service, was a 51-year-old man who approached an officer and stated he had a weapon. The man then took a knee in a shooter’s stance and pulled something from his clothing, prompting the Secret Service agent to open fire. The agent shot the suspect in the chest; both the agent and suspect were taken to the hospital.

The Secret Service later tweeted that the White House wasn’t breached during the incident and none of the protectees were in danger.

President Trump returned to the podium, he stated that the shooting happened outside of the White House fencing, and that he had been taken to the Oval Office. He added that the incident may not have had anything to do with him, and he called the Secret Service very professional people.