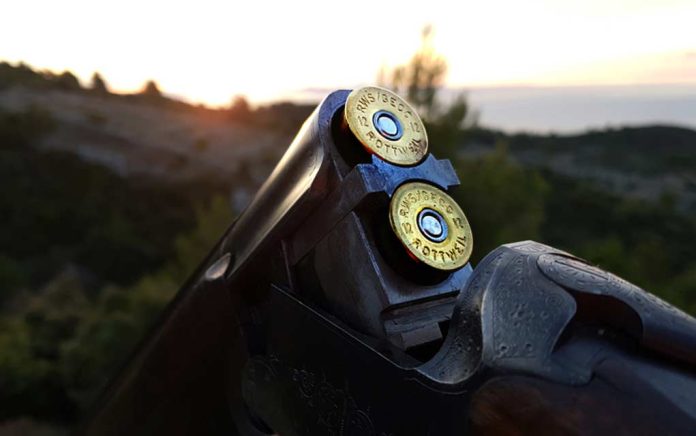 (TacticalNews.com) – The rioting has been intense for days, but you and your family have managed to avoid it — until now. A small group of marauders has found you, and they are looking for loot, or worse. You take out the first few as they come, but now your tactical shotgun is empty and you have multiple assailants closing in on you.

The three remaining attackers are running straight at you and the closest one will be on you in a matter of seconds. Can you reload your weapon and take them all out in time to save yourself and your family? The following drill is designed to prepare you for such a scenario.

We should always remember that shooting is a skill that requires practice to hone. The more you train with your weapon, the less likely you are to accidentally hurt someone — including yourself!

Once you have learned the basics, you can begin to train on scenario-specific tactics such as the situation outlined above. The drill we will cover here is designed to create muscle memory for reloading your tactical shotgun, aiming and firing quickly, then repeating the process.

Knowing how to safely handle your firearm is essential to this drill. You will be moving extremely fast; mistakes in this process could be deadly. Be sure you are comfortable with your weapon before attempting this exercise, and always keep safety as your top priority.

To prepare for the drill, set up three silhouette targets at roughly five, 10 and 15 yards from your firing position. Make sure your backstop is behind them. Carry your ammo as you would every day, as this is a pointless exercise if you alter your ammo carry specifically for it.

In the standing position, ready the shotgun with the slide back and the action open, or at slide lock for a semi-automatic shotgun. Hold the gun at your shoulder as you would if it were already loaded.

When the buzzer tells you it’s time to go, load your first shell and fire on the closest target, then repeat the process for the remaining targets; go in order of closest to furthest away. Your timer should stop when the third target is down.

The idea of this drill is to load one shell at a time, fire, and load again in repetition. Yes, tactical shotguns can hold multiple rounds so you could load three shells first and then begin to fire. The problem with that approach is the distance between you and the first attacker.

You want to take the closest target out as fast as possible to protect yourself. If you load all three shells before you fire, you give up precious seconds… allowing your enemy time to close the distance between you.

The first shot will take the longest as you have to respond to the buzzer, the second and third shots should be faster. This drill will take a novice about nine seconds total to complete. With practice, this can be reduced to six or seven seconds.

The point is to train yourself to reload faster under pressure, as well as firing with more accuracy. Remember, you are responsible for the damage each pellet causes when you fire in the real world. With enough practice, you should be able to take out the marauders before they even know what hit them.