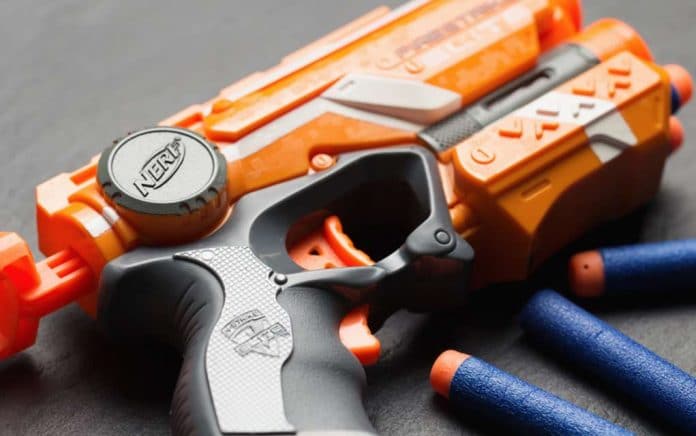 (TacticalNews.com) – 2020 school year has begun. Some parents are pleased to see the children return to class, while many students seem to be up in arms over it this year. Can’t say that I blame them either. Attend a brick-and-mortar building to hide behind a mask all day long or sit at home in front of a computer for virtual schooling?

Some people may think the convenience of being at home would be better, while others might argue the point. Especially when there seems to be a slight invasion of privacy, as in the story of Isaiah Elliott.

The New York Post reported that this 12-year-old boy had been attending his online art class at a Colorado Springs Grade School when he inadvertently moved a toy gun that was lying on the couch he was seated at. Innocent enough when the person is sitting in the privacy of their own home — or is it? Apparently not when it gains them 5 days of suspension from school.

Not long after the boy had moved the toy across the computer screen, deputies arrived at the home. No call from the school or any kind of contact, just officers showing up to verify the fact that it wasn’t a real weapon — as well as traumatizing Isaiah.

With all that is going on in the world today, a person would like to believe that their children are safe within the boundaries of their own home. Virtual schooling is supposed to be a way to protect them. Or is it, in fact, just another way to invade our privacy?