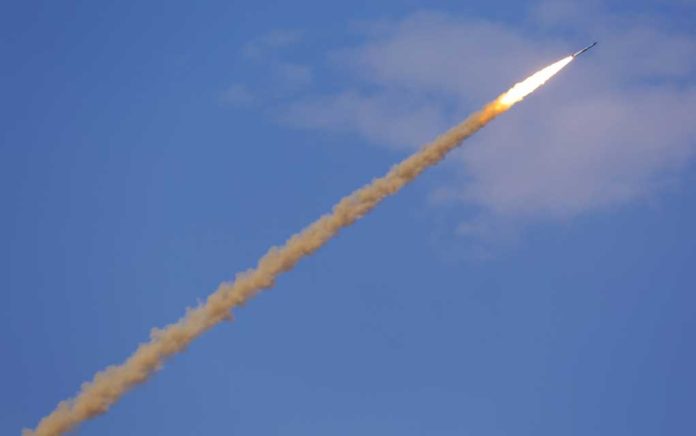 (TacticalNews.com) – As tensions continue to increase between China and the US, direct action by both entities narrows down the playing field and makes outright war a real possibility. And nothing makes that more evident than China launching missiles into the South China Sea.

Wednesday, August 26, the same day the US blacklisted some Chinese business leaders and officials, China let loose four medium-range ballistic missiles. Some of these missiles are developed specifically as “aircraft carrier killers” and were taken as a cloaked warning to the US. Naturally, the Chinese Defense Ministry claimed the test launches were not directed at any given nation.

The US declines to accept that denial as fact. In part, this is because China also claimed that a U-2 spy plane had flown into restricted zones over the Bohai Sea. The US denies the accusation, stating that they were well within permissible zones.

In any case, the only thing that changes about the blacklist decision was a US announcement that not only would certain conflict-driving Chinese officials and business leaders be restricted from the US, but so would any of their family members.

The South China Sea is an area of high contention for all, with ongoing disputes over who has rights, where they start, and where they end. China would like to lay claim to a vast majority of the area in order to expand its commercial and military interests. But Taiwan, Vietnam, the Philippines, Brunei and Malaysia aren’t quite ready to hand it over. It isn’t just about rights of access, or anything superficial. The man-made islands and traffic alone China hopes to generate would severely impact the surrounding ecosystem and commercial and military development of the previously mentioned countries.

One of the missiles in China’s arsenal is the DF-26, which has both nuclear and conventional capabilities. Should the US ever see that China is in the process of intending to use these missiles, we would have no choice but to target their missile sights instead of focusing only on the coastline. Should that happen, things would most certainly evolve into a nuclear conflict, as avoiding hitting any of China’s nuclear zones would be almost impossible.

Hopefully, China and the US can reach some sort of agreement that also satisfies the small countries surrounding China. Otherwise, a new type of devastation is likely to occur for all countries involved.