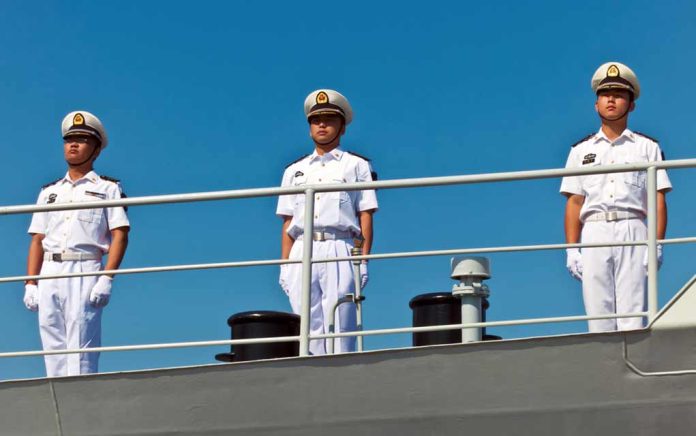 (TacticalNews.com) – China continues to cause tensions to rise with their actions — pushing buttons and disregarding warnings. The country has come under harsh international scrutiny after its brutal suppression of activists in Hong Kong. Regardless, Beijing shows no sign of backing down, further provoking America and its allies to act.

US Vice President, Mike Pence, joined the international condemnation of the arrest of Hong Kong’s media personage Jimmy Lai Chee-ying. Pence stated on twitter that the arrest of Chee-ying was an attack on freedom-loving people of the world and deeply offensive.

Beijing has brought the harsh criticism on itself, with the heavy-handed approach regarding Hong Kong; though it hasn’t affected the Chinese Communist Party (CCP) or Chinese President, Xi Jinping. Instead, it has caused China to adopt a more aggressive attitude, including a new wave of military exercises being launched near Taiwan.

In a rare attempt to justify their actions, the Chinese military stated it was “to safeguard national sovereignty,” with Colonel Zhang Chunhui adding Beijing was provoked by the US. The US last month did deploy two aircraft carriers and four warships to an area within the South China Sea to discourage further aggressions from the Chinese military. Following the deployment, numerous incidents occurred. Chinese forces were accused of using bully tactics against neighboring nations: Vietnam, the Philippines, and Malaysia.

China has also been accused of aggressive action in the East China Sea, where China presses its claim of sovereignty over the Japanese Senkaku Islands. Last month the Japanese Coast Guard reported Chinese patrol ships had entered the 12-nautical-mile area surrounding the island and remained there for “an extended time.”

Ecuador expressed its dismay as they reported the presence of a huge fishing fleet, with the ships flying Chinese flags. The fleet was near the Galapagos Islands, which was designated as a world heritage site by UNESCO in 1978. Ecuador complained that the large fleet posed a threat to the delicate ecosystem of the Galapagos Islands.

Is China attempting to show maritime dominance? If tensions continue to rise we may see a war erupt between the US and China, something that will likely see Russia join in the fight. Despite international criticism, Beijing appears to be determined to have a global naval presence.