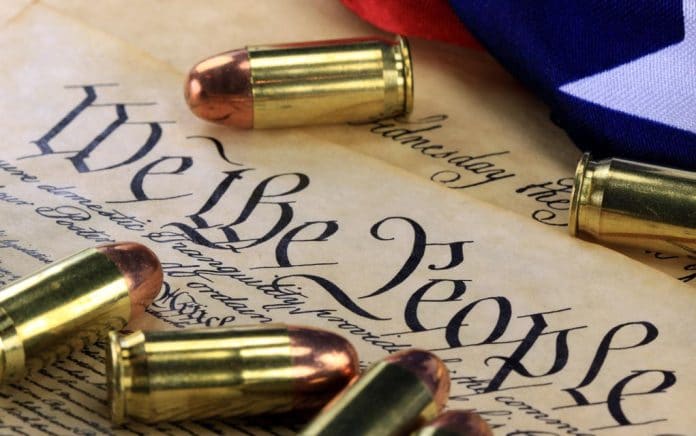 (TacticalNews.com) – Some politicians turn their backs on their constituents, while others serve the people as they should. Even when you serve the interests of those who elected you, you’re still in danger of being voted out of office — the very scenario Senator Steve Daines has found himself in.

In the race between Senator Steve Daines and his opponent, Governor Steve Bullock, for the Senate seat in Montana, Daines supporters believe it’s closer than it should be. According to a report by Ammoland Shooting Sports News, Senator Daines has proven time and time again that he’s a large supporter of our rights as American citizens. For example, he introduced the Lawful Interstate Transportation of Firearms Act. He also backs bills such as the Protecting Communities and Preserving the Second Amendment Act that guard and defend our Second Amendment.

Daines serves as an important piece in the Senate to keep Chuck Schumer from becoming the Senate Majority Leader following the upcoming elections. Senator Daines is also one more person to keep anti-Second Amendment legislation in a filibuster, and therefore out of action.

Too many 2A supporters, Senator Daines is needed to protect their rights in the Senate. Many gun rights activists believe the Senator’s opponent, Governor Steve Bullock, has turned his back on the Second Amendment. With Joe Biden running for president while pushing for tighter gun control, it appears as though Second Amendment rights are already at risk.