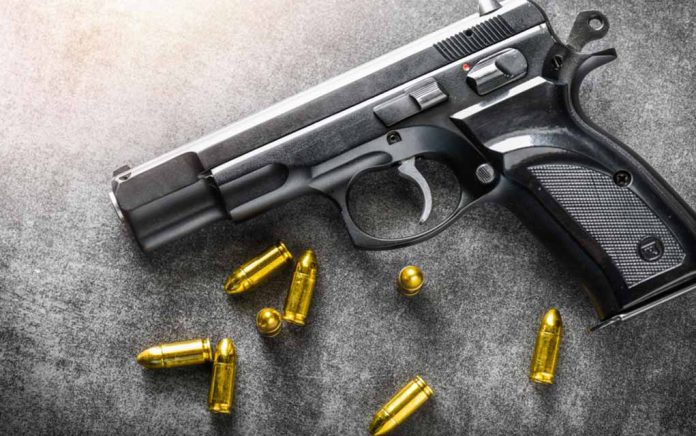 (TacticalNews.com) – Congress has a history of being led astray by Hollywood’s false depiction of certain types of guns and ammunition. Likewise, misinformation by anti-gun groups increases misunderstandings. Film industry-driven misconceptions contributed directly to the 1982 Congressional ban on armor-piercing rounds.

However, Atlas Arms has found a way around this ban using its Dagny Dagger ammunition.

In the demonstration video above, the 9mm round goes right through the level 3A panel and hits the range’s backstop. Atlas Arms has yet to reveal the composition of the Dagny Dagger’s center spike. By keeping its design a secret, the company hopes to improve the round’s ability to penetrate tougher armors.

Better yet, this revolutionary round can pass through body armor without violating any federal regulations. The company also wants to keep the state and federal government from enacting a ban on the ammunition. The round itself isn’t going to be cheap though, Austin Jones, Dagny Dagger’s designer, estimates consumers will pay between $2 to $4 per round.

Jones also takes into account that there will be some consumers worried about over-penetration, so Atlas Arms offers a cheaper alternative with less power. Over penetration is a serious concern, especially if you need to defend yourself.

Situational awareness is key to self-defense when using armor-piercing ammunition, For instance, you should always do your best to ensure there is nothing and no one behind your intended target. Carrying a handgun is a big responsibility and something you should always do with safety in mind.

Be sure to check out our article detailing the difference between concealed and open-carry now that you’ve learned about Atlas Arms’ new armor-piercing round.