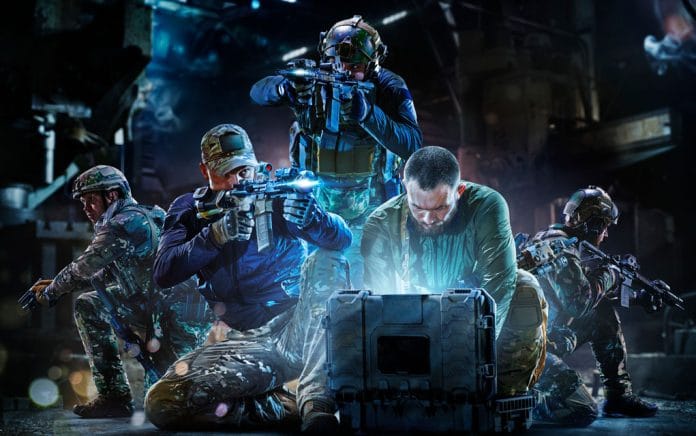 (TacticalNews.com) – The ability to maintain your will to fight is the key to succeeding. Without determination, you can lose. That’s precisely why the enemy tries to get in your head. They try to break you down mentally and derail your will to win. In short, our adversaries use propaganda and other psychological ploys in an attempt to weaken our will power.

How to protect troops from an assault in the cognitive domain https://t.co/HaFnZcsEBY pic.twitter.com/PoyXfmC5Yh

The demoralization of the French during the last century is a perfect example of the use of propaganda. Many people joke that the French are quick to surrender, but it’s not entirely their fault. In the 1930s, Joseph Stalin’s targeted propaganda campaign against them led to France’s defeatism. This situation led to agitation, which influenced political campaigns and eventually brought communism to the country.

Germany did something similar in the 40s to expand its power in the region. Despite France having more tanks and military might than Germany, France eventually fell to the Germans because they didn’t believe they could win — they didn’t have the determination necessary for a protracted battle.

Americans have always been proud and their willpower believing it’s a force to be reckoned with, and in many ways, that’s true. However, the game has changed, and Americans find themselves increasingly susceptible to propaganda. The internet allows us to see our country and others from a different perspective. Even if some of what you find there isn’t true, it can sow a seed of doubt in your mind. This situation can prove demoralizing, which is why it’s crucial to protect your cognitive space.

Americans have always used freedom as a driving force to fight. Now, there are numerous countries with liberty, many of them allies. Unfortunately, it’s not a foreign power that created doubt in our nation. Plenty of people at home don’t believe in the American way of life and work to undermine confidence. In that sense, the threat from within is more significant than any external one these days. It will be America’s own people that drive it to its destruction if the country doesn’t remain vigilant, and propaganda will be the dagger through its heart.

Maintaining the Will to Fight

It’s not as simple as fighting in the name of freedom anymore. You also need to maintain the will to move forwards no matter what happens. To accomplish that feat requires keeping the enemy from getting into your head and causing you to become vulnerable. You will need to be able to do one crucial thing — learn to separate facts from fiction.

Misinformation is a dangerous force. It can spread like a virus and infect the minds of even the most loyal. Information is critical, and it’s increasingly challenging to determine incoming data’s validity in today’s world. However, you must take the time to validate important information instead of taking it for truth at first glance. Once you’ve determined what is real, then you can act on what you believe is right.

Everything you do comes down to your mindset. A big part of whether you succeed or fail begins in your mind. That’s why it’s essential to have discipline and take the time to verify information before blindly following it. Check out how you can build discipline and the most critical tool you need to survive.