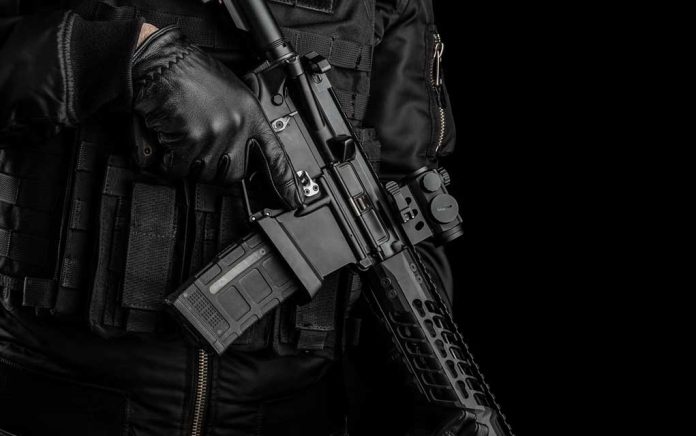 (TacticalNews.com) – A protest on Saturday in Louisville, Kentucky saw three people get injured. Three people were shot, thankfully none fatally, but the gunman was an ally. The gunfire was deemed an accidental discharge, raising the question of whether this group is what they say.

The Not F***ing Around Coalition, NFAC for short, claims to be highly trained and mostly made up of ex-military. The recent events in Kentucky tell a different story. During a demonstration condemning the death of 26-year-old Breonna Taylor, a member of the NFAC accidentally discharged their weapon injuring three of their own.

Grandmaster Johnson, the group’s founder, told ABC News that the weapon discharged while being inspected before the demonstration. The woman who’s weapon went off was described as a “trainee” by Johnson.

Louisville Metro’s acting Chief of Police Robert Schroeder stated that what happened was tragic but could’ve been much worse. He added that he encourages people to exercise their Second Amendment rights, but to do so safely. Police have stated that the investigation is ongoing.

For a group that claims to be largely made up of ex-military or highly trained individuals, they’re not exactly showcasing their professionalism. NFAC claims to be full of “expert” shooters, yet can’t execute simple trigger discipline. After hearing gunfire, the group kind of stood around, some did take action stating “hold the perimeter” while getting on one knee. Though some would say it was an attempt to look “professional” rather than actual instinct given most trained individuals seek cover after a gunshot.