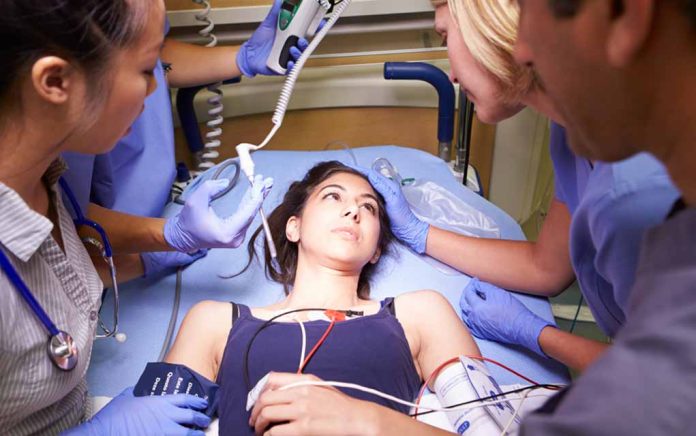 (TacticalNews.com) – Typically, what someone has in their home is no one else’s business. After all, as Americans, we have a right to privacy. Sometimes private companies or government agencies find ways to pry information out of people while looking utterly innocent in the process. However, in many instances, the people gathering information on you are violating your rights.

New York state’s largest private employer and most extensive healthcare provider, Northwell, recently initiated a study called “We Ask Everyone.” The study requires hospital personnel to ask patients about firearms gun ownership and the presence of guns in the home as part of routine emergency room screening.

Northwell Health plans to implement the screening in three hospitals, two on Long Island and the third on Staten Island. Northwell intends to expand the program to ambulatory and inpatient settings and all other facilities eventually.

Northwell Health reportedly refused to disclose the type of questions patients would be asked. Instead, they stated that the answers would be “scored” and entered into each patient’s electronic record as part of an ongoing effort to determine proper care steps.

The program has been allotted $1.4 million in funding via a grant from the National Institutes of Health. Several questions remain regarding potential violations of current statutes prohibiting the gathering of patient information. Especially when it comes to collecting information about firearm ownership by health, wellness, and prevention services organizations.

Certain aspects of the research study fall under New York’s SAFE Act, signed into law by Governor Andrew Cuomo in 2013. The SAFE Act requires licensed healthcare workers to report to state authorities if they “reasonably” believe a patient poses a threat of harm to themselves or others.

If the local government representative agrees with the risk assessment, the report is forwarded to the New York State Division of Criminal Justice Services. Once they receive the report, they will initiate proceedings to confiscate the firearms of the individual in question.

Serious questions have arisen regarding patient’s rights under the study and its relation to the SAFE Act. For instance, the actual report is not used to treat the individual in question or to safeguard others. Additionally, individuals reported people do not receive due process, nor do they have access to the report or name of the individual who wrote it.

In effect, the entire process rests on the treatment provider’s report, and the person affected can’t defend themselves or challenge said report.

The Northwell study’s implementation, combined with the reporter requisites of the SAFE Act, can lead to a potentially volatile situation. In some instances, individuals needing medical attention could be forced to choose between getting mental health services or preserving their right to bear arms. This situation can lead to neither the patient in question nor society receiving proper consideration or protection from potential harm.

As Americans, we are guaranteed our rights, and we will do anything to preserve them. We urge you to know your Constitutional Rights, as all Americans should be given them.

Now that you know about New York’s SAFE Act, see how a similar national act plays out.