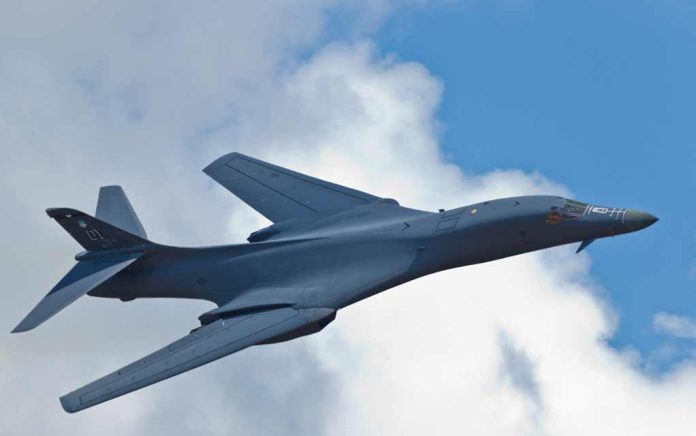 (TacticalNews.com) – A show of force is sometimes necessary, adversaries need to know exactly who they’re dealing with and what they can do. And the US Military is one of the strongest “forces” in the world. That’s just one of the reasons why President Trump took the time to flex a little Air Force muscle in recent months.

Since late January, Cold War bombers, usually operating in pairs, have flown about 20 missions over key waterways, including the South China Sea, the East China Sea and the Sea of Japan, @Reuters has found https://t.co/gXaO7HJuge pic.twitter.com/ItNpmI3zeA

B-1B and B-52 bombers have flown over key waterways, such as the Sea of Japan, the East China Sea, and the hotly contested South China Sea, approximately 20 times this year. One specific exercise included a pair of B-1Bs depart from Guam; they flew westbound over the Pacific Ocean until they reached the South China Sea.

The reason behind these missions is simple: President Trump wants to send an undeniable message that the US can not only threaten the Chinese fleet, but also land targets at any time without needing to move US aircraft carriers. The latest mission is a challenge to the Communist Party in China and their dubious claims of ownership over major waterways.

The Pentagon is making use of both some of its oldest and newest technology to aid them in their efforts. For example, they are equipping Cold War-era bombers with up-to-date stealth missiles. Retired USAF Lt. Gen. and Dean of the Mitchell Institute for Aerospace Studies in Washington, David Deptula, stated that one B-1 can deliver the same payload as an entire battle carrier group in a single day. He added that in a crisis, bombers deploy far faster.