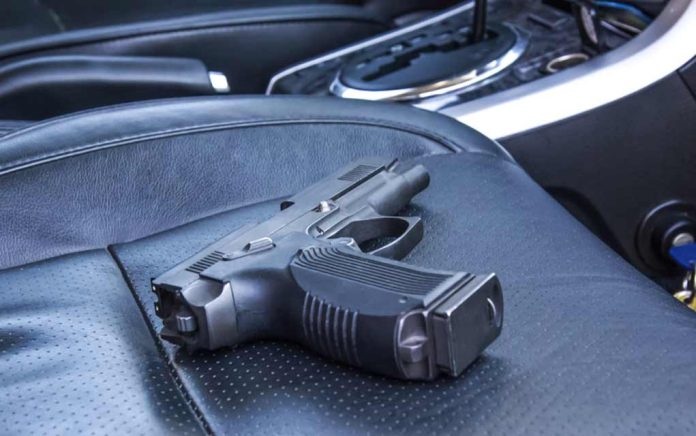 Fighting off attackers from inside an automobile used to be a scenario reserved for war-torn atmospheres such as Iraq or Afghanistan. Unfortunately, the civil unrest sweeping the nation recently has made vehicle CQB a threat in the United States.

In the following video, Green Beret Kawa Mawlayee provides an introduction to the basics of vehicle close-quarters battle (VCQB):

Kawa begins the video by explaining the importance of where the seatbelt is placed across your body. If your firearm is concealed in an appendix carry holster, the belt should be across the front, not behind the firearm. The reason for this is to keep the belt from becoming hooked on the holster while you are trying to escape the vehicle.

To draw the gun from the appendix carry while seated in the vehicle, place your feet on the floorboard and thrust your torso up, putting yourself into a straight line above the seat. This will allow for a safer, cleaner draw of the weapon.

If push comes to shove and you have to draw your firearm in the vehicle, never break the threshold of the vehicle by extending the gun beyond the enclosure. A hidden adversary could take the gun away, leaving you without a weapon and sitting in a kill zone.

According to Kawa, maintaining communication with the other members of the vehicle is going to be essential in the heat of a firefight. Not only can this help you identify threats, but it will help you avoid friendly fire if they’re armed as well.

Should you need to fire from a back window, it is important to rainbow over your passenger’s head with the firearm. Again, friendly fire is a real concern.

If you can drive out of the situation, Kawa says to do so. It’s better to leave the assailants behind than to engage them if you can. However, if driving out isn’t an option, get out of the vehicle if possible. The vehicle may provide a measure of concealment, but it will not provide cover. Bullets will go through doors and glass, so staying inside a vehicle is a death trap if you’re taking incoming fire.

For those who conceal carry in their vehicles, training for this scenario is highly recommended. As always, it’s better to be prepared for an event than to be caught off guard when it strikes.

For more information on defending yourself from civil unrest, check out our article here.